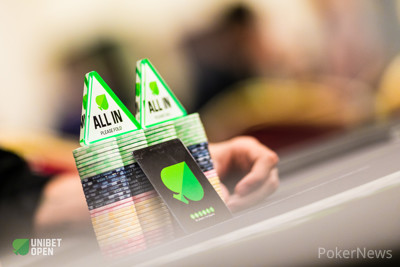 
Unibet announced that their third live poker tournament series of the year was to be played In Bucharest, after two previous stops at London and Malta in the last few months. The most recent series was the Unibet Open Malta, and the Main Event was won by young Daniel Jacobsen.

Himanen hung on the highest overall chip stack across all starting flights, while Turgeman is right behind him at second. The action will heat up as the top 150 players will be searching for glory and a handsome prize amount, and those who want to watch the live streaming can follow the official YouTube stream:

The chip stacks from Day 1c were relatively smaller than the others as this day was set aside for those who busted in Day 1a and 1b and wanted to re-enter the tournament. The action is taking place at the JW Marriott Bucharest Grand Hotel and Himanen will be looking to continue his good run and add to his $60k in live poker earnings.

Keep reading GutshotMagazine.com for an update on the Unibet Open Bucharest Main Event after Day 2.