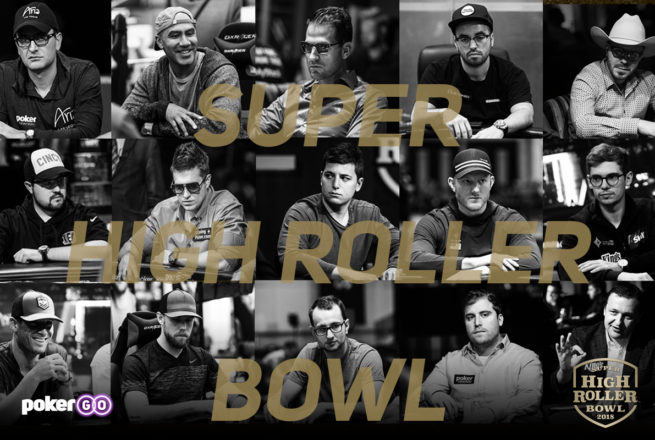 
A little less than a month back, 30 players were selected via a lottery process aired on PokerGO, to get seats to the 2018 Super High Roller Bowl. The SHRB is an annual high-stakes tournament that is held at the ARIA Hotel and Casino in Las Vegas. Only 48 seats were to be awarded to the 61 who applied to the $300,000 buy-in event.

The first 30 were selected randomly and the next lot of seats have now been awarded, to players as announced by Poker Central and the ARIA. This will be the fourth edition of the Super High Roller Bowl, and it will take place between 27-30 May 2018. Previous winners:

The 2018 event will have a prize pool of around $14 million and the winner will take home a prize of around $4 million. As 48 total seats have to be given out, a total of 3 spots remain. 2 more seats will be filled later, by VIP players as chosen by Poker Central and the ARIA.

The final 2018 SHRB seat will be then awarded to the winner of the Super Satellite Series, which is being held for the first time ever. The series will feature 2 progressive satellite tournaments played in the days leading up to the mega annual event. The first satellite event is a $550 buy-in one, where 20 seats will be awarded to the $10,000 Super High Roller Bowl Qualifier. The winner of that event will become the final entrant to the 2018 SHRB.

Here are the 15 seats that have just been confirmed:

The 2018 Super High Roller Bowl is just a month away now. Who do you think will walk away with the massive prize for first place? Leave your comments and let us know. Also, keep reading GutshotMagazine.com for complete updates on the 2018 SHRB!