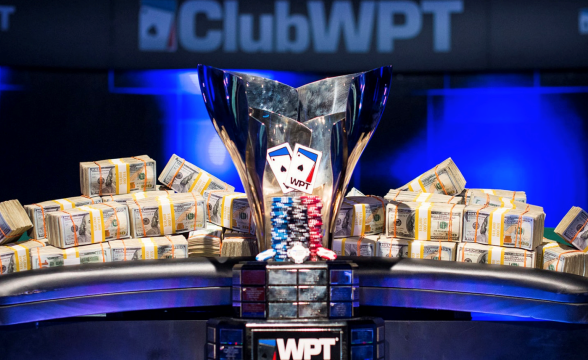 
If we look back in time the mind sport, poker has gained much prominence. With prestigious series coming up along with their exciting offerings, the esteemed World Poker Tour (WPT), famous for its various stops around the year is enticing the public. The rollout that started on 6 January but according to a press release, the official announcement was made on 27 January that WPT will now be available to more homes in the new TV distribution deal.

Now, WPT will be shown in syndication across 15 million additional homes in the US. The deal includes a total of 22 markets in all regions who can view the programming. The show will now be available in 102 million households.

The Director of Ad Sales and Distribution, Loc Sondheim said, “The World Poker Tour continues to expand its reach, and we are thrilled to be syndicating some of the most popular seasons of the WPT in markets across the U.S. audiences can look forward to watching some of the most exciting and entertaining poker action that the World Poker Tour has to offer on their beloved local stations.”

On 6 Jan, the airings started with the WPT Legends of Poker event from Season XII of the WPT. Highlights from Season XII on the WPT include Anthony Zinno’s first WPT win at the WPT Borgata Poker Open, Mohsin Charania stepping into the WPT winner’s circle at the WPT Grand Prix de Paris, Eric Afriat defeating the largest field in WPT Main Tour history at the WPT Seminole Hard Rock Poker Showdown.

“WPT is moving forward into the new decade with more widespread distribution than ever, and this syndication deal is the tip of the iceberg for our global offerings across Linear TV and OTT,” said Johnny McMahon, VP of WPT Studios.

In 2009, the WPT was premiered on FOX Sports and within 6 years, the broadcast reached more than 215 million viewers in the US. The new syndication deal started with Series XII Bicycle Casino’s Legends of Poker so that the viewers stand a chance to get acquainted with past events and players.

“We know we have a strong audience across the US and want to give our fan base more content with easy access. With this being over-the-air to anyone at any time, a viewer can turn on their TVs and rely on their local stations to air amazing poker action,” said Sondheim.

The company also has licensing agreements with Zynga Poker. It operates its own social game as well as sweepstakes online poker site, ClubWPT, who became popular with the recent announcement adding $1 million to the prize of any WPT Main Tour event qualifier who wins the event. The company has also partnered with online sites 888poker and partypoker on several live tournament series in recent years. For the latest updates on industry news and poker tournaments taking place around the world, keep reading GutshotMagazine.com and stay tuned!