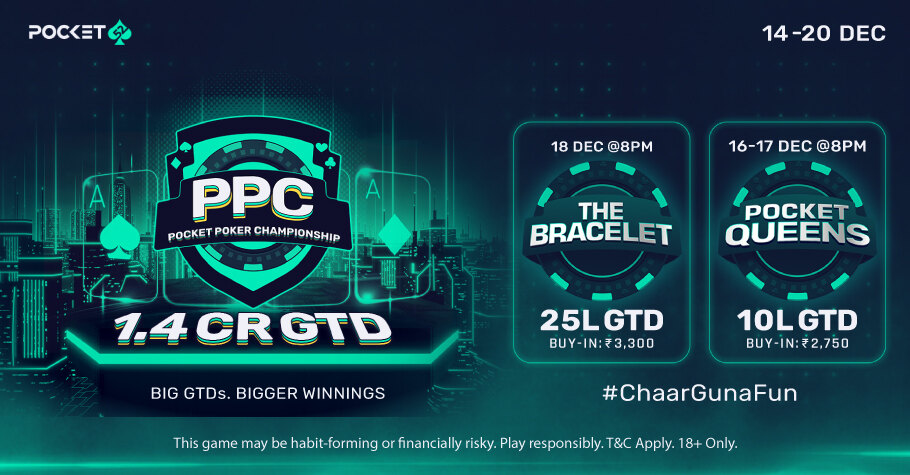 Pocket52 a leading online poker platform in the country is back with its flagship series called the Pocket Poker Championship (PPC) offering a ₹ 1.4 Crore GTD. The series runs between the 14th to 20th of December 2022.

The series has a total of 41 events with the Bracelet ₹25 Lakh GTD being its featured event. That’s not it, there is plenty of potential for macro stake players in this series as well, with buy-ins starting as low as ₹660.

Pocket52 is also celebrating its 4th anniversary this December and this platform has planned a birthday bash freeroll for all its new and existing users. The freeroll is worth ₹4 Lakh GTD and will take place on 13th December at 6 PM. Only the first 6,000 players will get a chance to enroll for this freeroll.