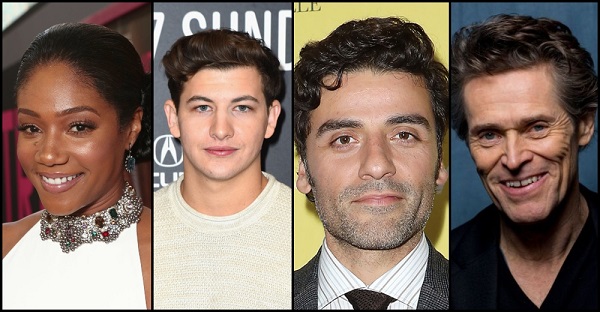 Top star cast in Paul Schrader’s movie on the WSOP


There are quite a few upcoming Hollywood movies coming up on the game we love the most, poker. It wasn’t too long ago that we spoke about ‘The Baccarat Machine’, a movie being made on Phil Ivey’s partner Kelly Sun, who was a part of the edge-sorting controversy of 2012.

Now, we’re bringing you news of yet another poker movie, this one specifically on the biggest annual poker event on the planet, the World Series of Poker (WSOP). We’re talking about director and writer Paul Schrader’s upcoming film called ‘The Card Counter’ which has announced a star-studded cast.

“In my films, I’ll sort of combine two worlds that seem to have nothing to do with each other. In the new one, it’s the world series of poker and Abu Ghraib,” Schrader said about his upcoming film. Oscar Isaac will be playing the lead role of an ex-serviceman and gambler, while Tiffany Haddish has also been signed along with Tye Sheridan and Willem Dafoe, all very experienced actors.

Talking about signing Haddish, Schrader said, “I love Tiffany. I’ve never met her, but I was on the phone with her for an hour. She’s a firecracker. It’s like talking to a live-wire connection. She’s very funny and, of course, she makes you funny. When someone’s sharp, that makes you get sharp because you want to keep up. So that’s all good.”

Financed by HanWay Films, the plot revolves around Isaac trying to reform a man who is looking for revenge against a mutual enemy. Having been nominated for an Academy Award for the 2017 dramatic thriller ‘First Reformed’, we’re expecting another good movie from Schrader in ‘The Card Counter’, which is yet to begin production.

For all updates on this upcoming poker movie and more, stay tuned to GutshotMagazine.com.