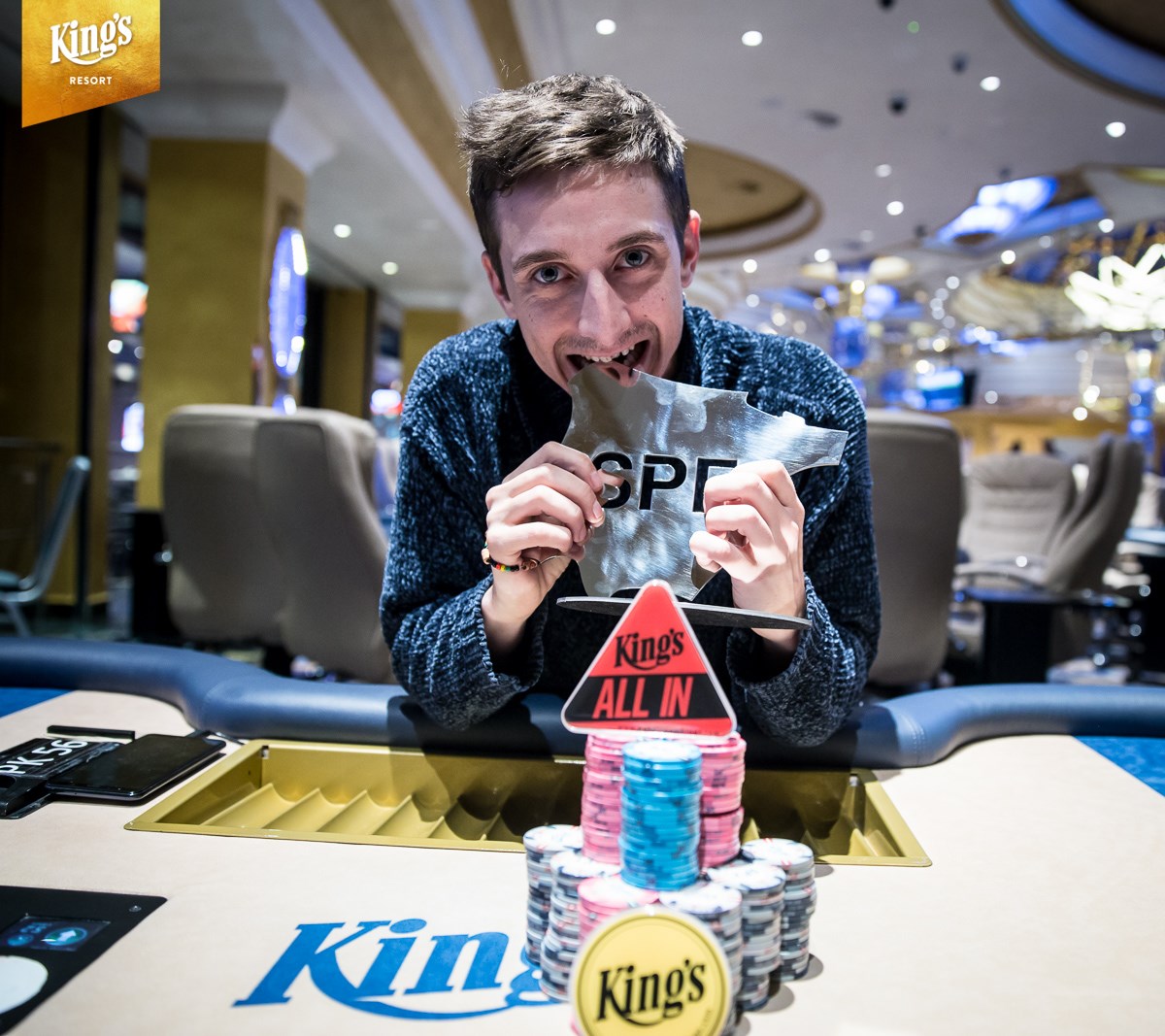 
The Indian Poker Series (TIPS) began its season 3 at King’s Resort in the Czech city of Rozvadov. TIPS which is scheduled between 3-10 February 2020 concluded the final day of the Spanish Cup €50,000 GTD yesterday. And it was Spain’s Miki Vea Garcia who claimed the day pocketing an impressive €12,300 (~INR 9.63 Lakhs) after a 3-way deal.

Yesterday’s turbo pulled out 222 entrants which recorded a total of 874 entries, enough to cross the advertised guarantee and generate a final prize pool of €83,030 (~INR 65.03 Lakhs). Money reached the top 95 places who walked out with a min-cash of €245. Around half of the field consisted of Spanish nationals who also dominated the results list. The top prize money of €15,852 was reduced as the three-remaining players on the final table settled for a deal. Garcia, ahead in chip lead lifted the trophy while El Patron fell in the second position for €11,264 and Bulgaria’s Martin Stoev finished third for €9,060.

The Indian contingent also made a few money finishes in the Spanish Cup, Himanshu Dewan busted in 15th position in flush versus a full house situation securing a payday of €796 (~INR 62,355), prior to him Manish Goenka ended in 71st position and acquired €278 (~INR 21,779), Kanishka Samant in 94th place with €245 (~INR 19,191). Unfortunately, Jaydeep Dawer was unable to finish ITM as he busted quite early in the competition.

Simultaneously running with Spanish Cup was SPF High Roller. Day 1 of the tournament enrolled 116 entrants after each paid €500. After hours of grinding, the field whittled down to 72 players advancing to the final day. It was Spain’s Cuack who accumulated the largest stack of 570,500. The chip leader is followed by his country mate Jorge Martin bagging 410,000 chips and Germany’s Mephisto with 399,500 chips.

After boosting their poker bankrolls a bit in the Spanish Cup event, once again, 4 Indians took to the field including Kanishka Samant bagging 162,500 chips, Anveesh Munjal with 151,000 chips, Jaydeep Dawer with 101,000 chips and Himanshu Dewan with 72,000 chips. These four will return along with the rest of the survivors to battle it out on the final day!

TIPS Season 3 is set to be the biggest edition of the series so far, and you can stay tuned to GutshotMagazine.com for all further updates on the same!