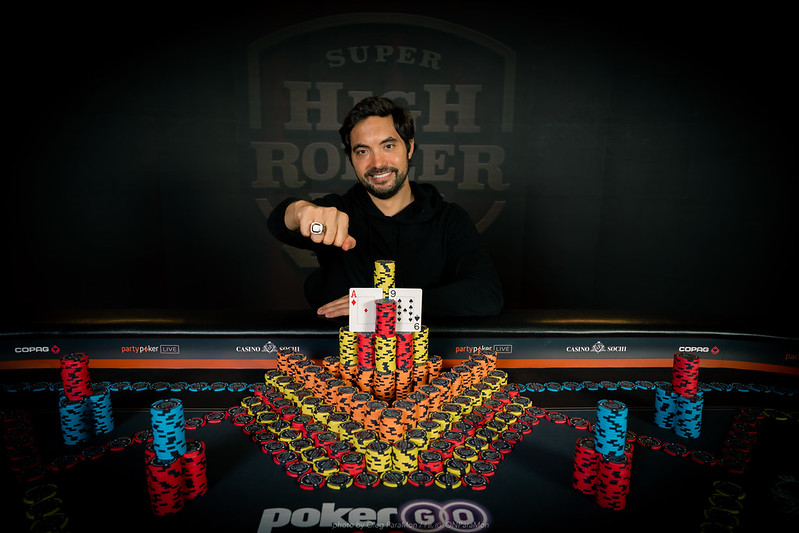 
In the wake of the coronavirus outbreak, one of the high-profile events to wrap up featured a winner putting on a repeat performance. It was Timothy Adams who beat Christopher Vogelsang to win the 2020 Super High Roller Bowl Sochi. About a month ago, he clinched to the SHRB Australia title.

The entire tournament drew 40 entries eventually collecting a $10 million prize pool. Just seven players resumed for the final day and it was Ben Heath in chip lead while Adams was right in the middle of the pack. Unfortunately, the day didn’t turn out quite well for Stephen Chidwick who became the bubble boy and the money reached the top 6 places. Following his door was Malaysia’ Ivan Leow who was busted by Vogelsang in the sixth place whose Queen Seven bested Ace Seven of Leow.

The three-time WSOP bracelet winner, Adrian Mateos soared into the chip lead after doubling through Adams and then lost three flips in a row, sending him home in the fifth place for $800,000. The next to fall was Ben Heath who shoved Queen Six and Adams called Ace Deuce. The heads-up play began after the partypoker pro who won a Super High Roller event in Sochi a couple of days ago, Mikita Badziakouski ended up settling in the third place collecting $1.60 million.

Soon, heads-up began between Adams and Vogelsang with latter holding the chip lead. The action went back and forth, however, Adams started to forge a lead for himself and Vogelsang clawed back. The tournament ended with Adams with A9 and Vogelsang with A6. The board ran 10-5-2-J-9 and that’s when Adams seized his third title of 2020 and added his career-best $3.6 million to boost his total live earnings of $20.73 million!