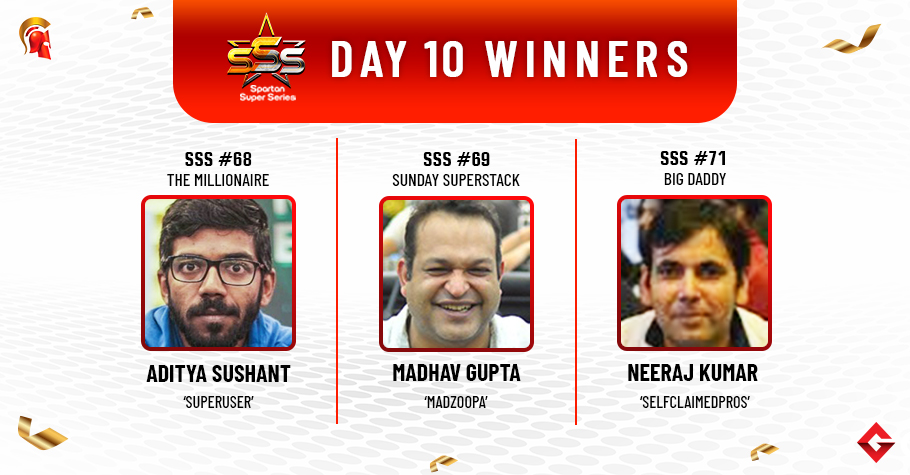 
The May edition’s Spartan Super Series (SSS) concluded yesterday after crowning the much awaited SSS Millionaire title on Spartan Poker! The 10-day long tournament attracted the mid/high stakes players to boost their bankrolls and make the most of the current lockdown. Poker players have showed immense enthusiasm throughout the series but they will have to wait until June for the next fabulous show! And here is a complete summary of SSS Day 10 winners…

First tournament kicked off with a buy-in of INR 550 which attracted a total of 661 runners to the field. This gave rise to a prize pool of INR 3.30 Lakh which was eventually shared among the top 47 finishers. Coming out on top was online reg ‘ingloriousbasterds’ who claimed the title after the players struck a heads-up deal which saw ‘tribal’ in the runner-up position.

At 2 pm yesterday, the Sunday Afternoon Hi-Fi began displaying an increased buy-in of INR 880 that pulled out a total of 543 entries. The assured amount was surpassed to create INR 4.34 Lakh in prize pool which was well-received by the top 39 players. The official winner was announced in level 44  of the tournament when the players settled for a 3-way deal which saw ‘tripacesontop’ claiming the title along with the cash prize.

A total of 293 hopefuls joined the field after paying INR 2,200 collecting a prize pool of INR 5.86 Lakh Locking a share from the same were the top 27 places while ‘Thomas Shelby 009’ seized the largest portion after defeating Arjanveer Chadha aka ‘bazzingaa’ in heads-up and clinched to the winner’s title.

Spartan Poker’s main attraction was SSS The Millionaire INR 1 Cr GTD! The tournament pulled out a field of 1,076 entries for a buy-in of INR 11,000, ultimately smashing the guarantee to create INR 1.07 Crore in prize pool. After a long intense battle for 9+ hours it was the WSOP bracelet winner Aditya Sushant aka ‘SuperuSer’ to outlast the field and defeat Sathish Ananth aka ‘Jaqkten’ in heads-up to bank a 7-digit figure!

The Sunday flagship event on Spartan Poker attracted a total of 989 entries for a buy-in of INR 5,500. The prize pool was eventually shared among the top 103 finishers receiving at least INR 13K as min-cash. Powering through the field was circuit popular Madhav Gupta aka ‘Madzoopa’ who emerged victorious after eliminating ‘thejoker’ in heads-up at 6:14 am and bagged the winner’s title.

Another featured event kicked off at 9:30 pm which attracted a field of 436 runners. The top 39 players locked at least INR 3,450, a share from the final prize pool. After hours of long battle, the tournament ended with a 4-way deal which eventually saw ‘ravinder9’ capturing the first-place prize.

The series ended with was SSS #71 Big Daddy which drew a prize pool of INR 10.26 Lakh. With a buy-in of 2,200 a total of 513 hopefuls took their seats but only the top 47 could finish in the money. Ultimately, it was Neeraj Kumar aka ‘SelfClaimedPros’ who earned the winner’s title while his opponent ‘ranksster’ ended up in the second place. 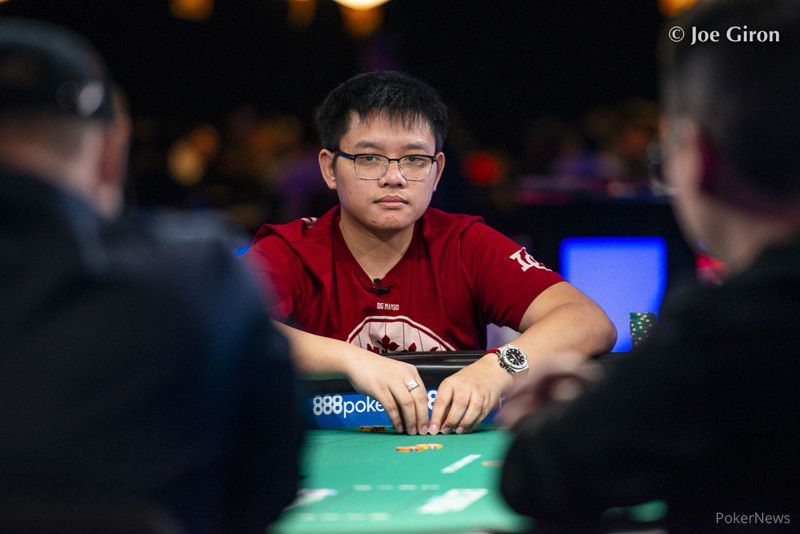 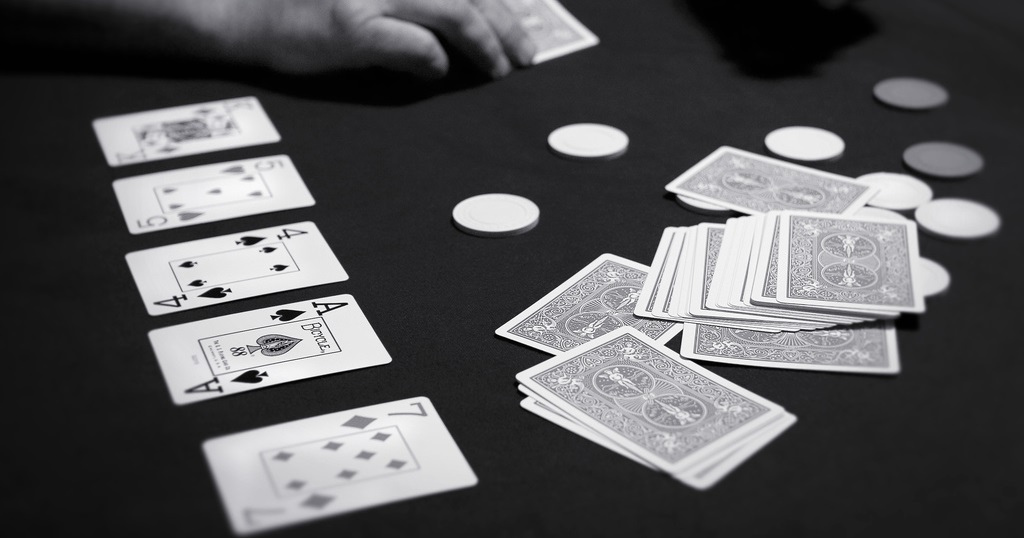 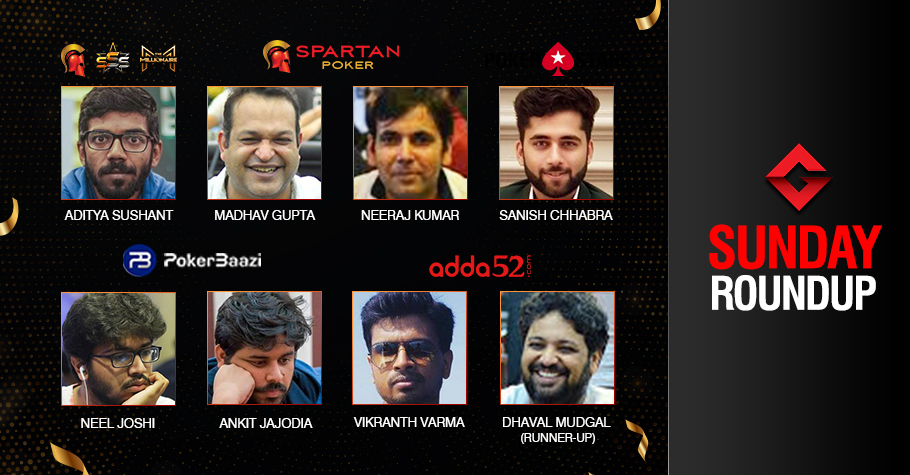