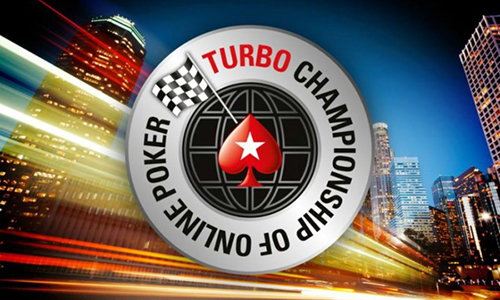 
The Turbo Championship of Online Poker (TCOOP) has been a very important tournament series on the online poker calendar since 2012. For the past six years, poker players who play on PokerStars have had the chance to kick off their year by playing in multiple high guarantee tournaments in the TCOOP each January.

However, they will no longer have the chance to win TCOOP titles as PokerStars has made a new announcement that the popular series will now be rebranded to just ‘Turbo Series‘, despite TCOOP’s success over the years. Also, the series will be pushed down to February, with tentative dates mentioned as 18th February to 4th March 2018. However, the official schedule is yet to be disclosed.

Last year, ‘maxv2’ won a massive amount as the main event buy-in was increased from $700 to $1,000. He/she had to beat a total field of 3,583 entries to win this prize and will always remain the biggest winner in TCOOP history.

For all further updates on the Turbo Series and other tournaments from around the world, keep an eye out on GutshotMagazine.com!