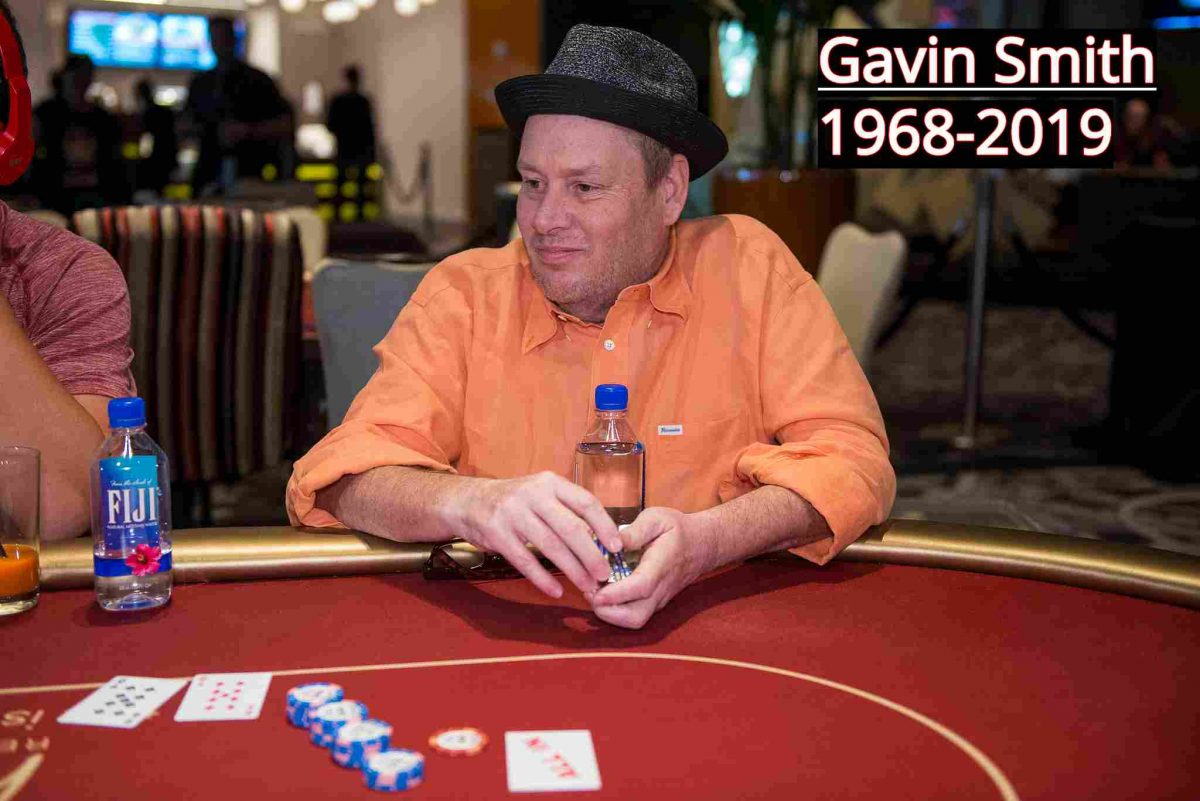 
The poker community around the world is mourning for Gavin Smith. The Canadian poker pro passed away on Monday, 14th January, at the age of 50 in the state of Texas. Details are hazy but the death was very unexpected. Smith was born on 4th September 1968 and rose to prominence in 2005, when he won the WPT’s Season IV Mirage Poker Showdown Championship, making his career best live cash of $1,128,278. He even won the WPT Season IV Player of the Year award in the same year. He then went on to earn his first gold bracelet at 2010 WSOP in $2,500 Mixed NLHE.

A major highlight of his career included finishing 2nd in the 2008 NAPC, Niagara Falls $10,300 NLHE for $542,129. This figured as his 2nd biggest live earnings till date. Smith has cashes dating back as far as 1998, something that instantly makes him a veteran in the community. He amassed a total of $6,321,096 in tournament earnings since 1998.

Back in 2010 when he won his first WSOP bracelet, WSOP made a statement saying that it was “the one achievement that had eluded the fast-living, hard-drinking, Butterball-shaped poker superstar was the long-coveted WSOP victory.”

Smith had expressed himself in the post-win interview. “Yeah, I seem to be pretty good at screwing things up. I have had a lot of issues through the years. I know this year I came in trying to try my ass off. I have not always done that. In the past, I sometimes went out and got drunk or hung out. But this year, I decided to come in and try to play my best the whole time. I came in and the first several events I kept getting my teeth kicked in. I was playing well. I was playing my best. But I wasn’t seeing the results. And then when I cashed in the Heads-Up that helped. Then, the last three days everything just clicked. I played well and things went well and everything clicked at the right time.”

Smith was a funny person and ensured casual banter when he was at the table, according to his peers. He also appeared in TV shows including Poker After Dark, Late Night poker and Face the Ace. Smith learned to play cards by playing cribbage and rummy with his father. In 1996, he became a poker dealer and set up his own poker club a couple of years later. He also worked as a taxi driver and on a golf course to support himself.

Poker Royalty, a poker company who supported Smith all along, has set up a GoFundMe campaign to raise money for his two children. At the time of writing, $72,074 has been raised by 465 people. We join the worldwide poker community in mourning the sad death of this legend. Keep reading GutshotMagazine.com for more poker community news as well as for your daily dose of gaming news from around the world.