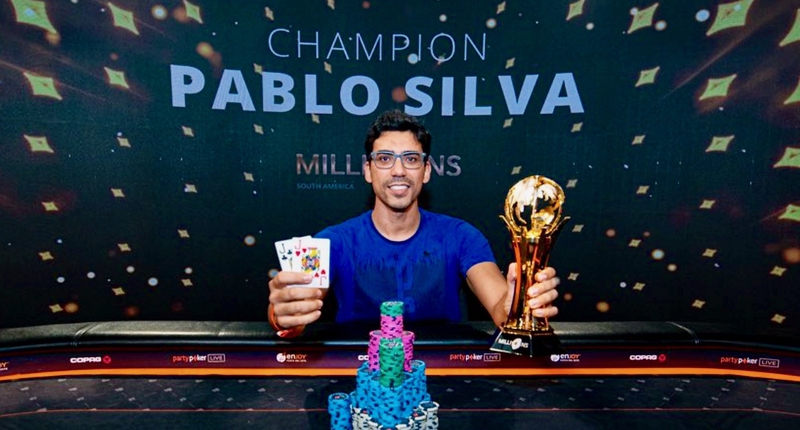 
Numerous poker players were looking ahead to 2020 live poker tours, with social gatherings and battling to take down yet another event, who knew that COVID-19 pandemic would take that away in a matter of two months. Since then, the almost every series has been cancelled, forcing the players to grind online.

The longest running poker tour in Europe, 2020 Irish Poker Open was supposed to celebrate its 40th anniversary this year. Originally slated to take place between 6 to 13 April at the Citywest Hotel in Dublin, in order to meet the demands of the poker fanatics, partypoker stepped in to provide its online edition featuring €1 Million GTD.

A total of 22 events ran between 6 to 12 April with €1,100 Irish Open Online Main Event being the centerpiece of the series. It was Brazil’s Pablo Silva to take down the tournament after outlasting a giant field of 2,945 entries for an incredible €462,100 in prize money! This massive field ultimately tripled the advertised guarantee and generated €2,945,000 in prize pool.

By the end of Day 2 only 51 hunters remained with Sam Greenwood and the Team partypoker trio of Anatoly Filatov (185th for €2,768) Kristen Bicknell (219th for €2,503) and Jeff Gross (359th for €2,209) in the money but out of the title chase. Day 3 kicked off with chip in-charge Sihao Zhang who finished third with notables Tom Middleton and Parker Talbot who also made it to the FT.

Zhang held tightly on to his lead by the time the final table action began and just 8 players sat on the virtual table. First casualty was Shaun Conroy who ran into Silva’s pocket Queens. And one after another the tournament came down to remaining 5 players after Tom Middleton former EPT Barcelona champ left the table in 6th place. Soon after Zhang’s dismissal in 3rd place, heads-up got underway.

The nail-biting hour began with Hungarian player Andras Nemeth fighting back from a 2:1 chip deficit. The turning point came with Nemeth missed both straight and flush draws to send a 37 million chip pot to Silva who rivered two pair. The tournament ended when Nemeth flopped top pair and turned it into two pairs. However, the turn card had made Silva a straight and Nemeth shoved the turn, Silva called. The river bricked and Silva was the 2020 Irish Open Online Champion. The champion bagged his second title of 2020 after already taking down partypoker MILLIONS South America in February!

Keep reading GutshotMagazine.com to know the latest poker updates and promotions in the country.