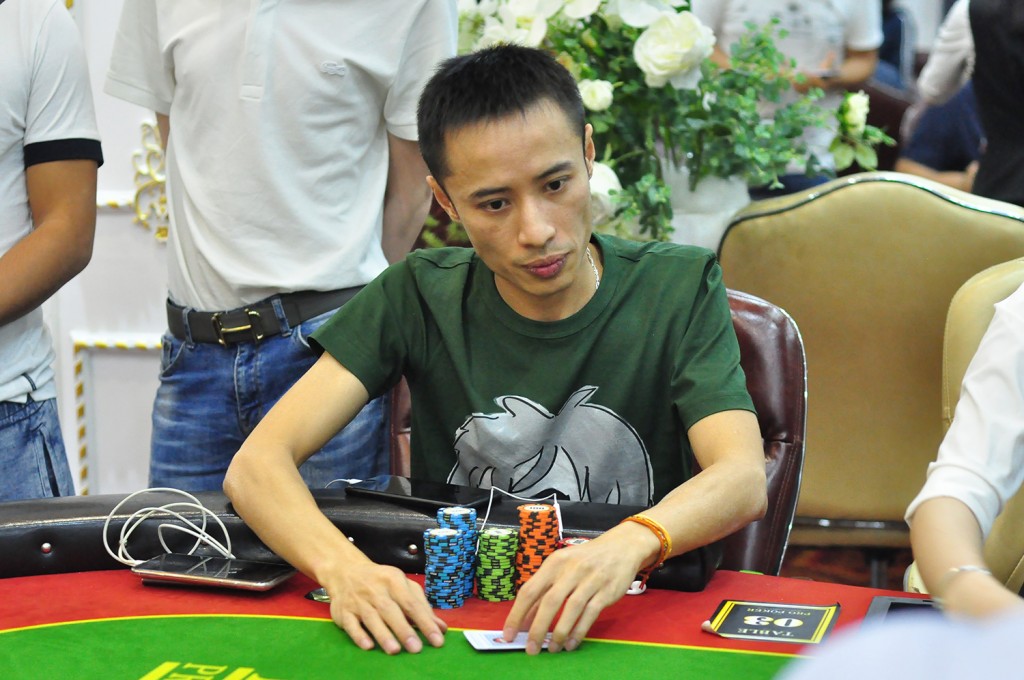 
Vietnam is currently seeing a huge series underway at the Pro Poker Club in Ho Chi Minh City. The Asian Poker Tour Vietnam Kickoff 2019 series began on 9th January and will be history by 20th January 2019. Some exciting events are already in the books as we speak. The Dafabet sponsored Head Hunter event saw Meherzad Munsaf and Dhaval Mudgal finish in the money too. The series witnessed a strong Indian contingent representing our homeland.

The VND 22 million Main Event of the series’ Day 1A is already over with 6 Indians progressing to Day 2 from it. India’s first WSOP bracelet winner Aditya Sushant was 11th in chip counts at the end of Day 1A, along with Akash Malik, Nishant Sharma, Eka Vedantham, Siddharth Jain and Siddharth Kapoor progressing to Day 2.

Yesterday saw the second starting flight of the Main Event Day 1B being hosted at the club. The day attracted 152 entries, besting the first flight’s turnout of 104 entries. Out of the 152 though, only 63 survived and will make it to Day 2, which begins after the last flight of 1C is hosted today.

Nine rounds were scheduled for Day 1B of the Main Event and local pro Quang Nguyen emerged as the day’s chip leader with 164,000 chips. Nguyen is also currently the overall chip leader. He was the runner-up in the previous APT Vietnam, in October last year, where Japan’s Tetsuya Tsuchikawa won.

He later went on the win the APL Vietnam ME and made his career best live cash of $69,520. He is a well-accomplished player and has played across the Asia-Pacific region like Manila, Macau and Vietnam. He even cashed out in APPT Sydney, Australia, far back in 2009.

Day 1B also saw four Indians, Manish Lakhotia, Meherzad Munsaf, Abhinav Iyer and Vinod Megalmani participate and progress in Day 2 as well. The total Indian count in ME now comes to 10 players. The last flight of the Main Event today is also expected to attract more Indians and will be interesting to watch. 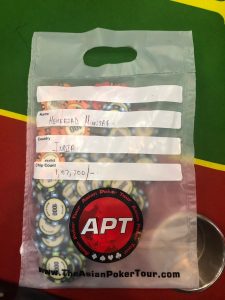 Lakhotia is sitting comfortably at 11th position in chip counts overall. Munsaf is just behind him at 12th with 107,700 chips. Iyer is at 20th with 95,200 chips. Recent Spartan Millionaire winner Megalmani is at 35th with 69,000 chips. Day 1A’s Sushant is at 23rd with 88,600 chips. Other Day 1A qualifiers Malik, Sharma, Vedantham, Jain and Kapoor are all below Megalmani with a decent stack. Vedantham is playing his first live tournament out of India and is hoping to make his first overseas live win too!

Day 1C Main Event will be played today from 1 pm onwards local time. The starting stack of 25,000 will be given and blinds will start at 25/50 with big blind ante. 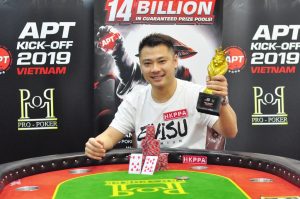 Yesterday also saw Event #5 Single-Day High Roller being hosted in the APT Vietnam Kickoff. The event had a buy-in of VND 43 million and for that, the 34 total entries (including 8 re-entries) was a nice healthy turnout, creating a VND 1,629,600 in prize pool. Only 7 players were paid off in the event and the largest share of 1st prize went to Chung Yin Chan.

Chan hails from Hong Kong and this is the second Hong Kongese winner in the APT, after Ray Chiu won the Dafabet Head Hunter event yesterday. The High Roller poker action saw a long bubble round, which finally ended when Alan King Lun Lau knocked a player with Jacks over A4o.
The action resumed after a short break and two Vietnamese pros quickly fell at 6th and 5th place.  4th place was filled by the Monster Stack 1 champion Michael Kim Falcon. He currently leads the APT player of the series race too, shipping the first event of the series. Chan beat Lau (3rd) and Linh Tran (2nd), grinding down the latter local pro and beating him with a flush over a straight and lifting the boastful lion-faced APT trophy. 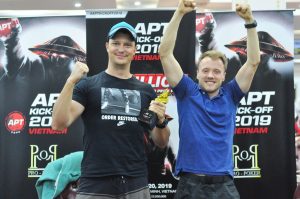 Another Single-Day event, Event #4 NLH Single-Day, was in the books yesterday. The event attracted 93 entries but quickly came down to a manageable field due to the nature of Shot Clock events. Russia’s Alex Okruzhnoy made a clutch victory in the event, striking a heads-up deal with Vietnam’s Dinh Gia Long. Okruzhnoy won VND 120,000,000 (~INR 3.62 Lakhs) for his 1st place finish and the awesome APT trophy. The event paid top 16 players and the runner-up Long also took home VND 117,258.

Keep reading GutshotMagazine.com for upcoming APT updates, which has seen quite a lot of Indian participation and more is to be expected. Also stay tuned for general poker news from around the world.