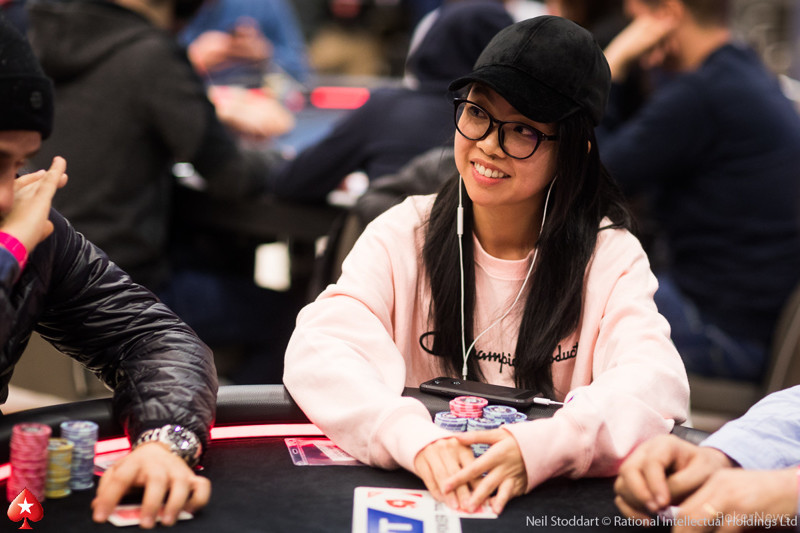 
With the PokerStars LIVE hosted 2018 EPT Prague Festival half in the books, the central feature of the festival, the €5,300 Main Event saw its Day 2 come to an end yesterday. A total field of 440 entries (25 re-entries) entering Day 2 boiled down to 137 players who managed to seal their bag full of chips for today.

After five levels of 90 minutes each, the chip leader to emerge at the iconic Casino Atrium in Prague was the female player and Natalie Teh, bagging up 786,000 chips. Day 1B’s chip leader Armin Mette was brought down to 6th with 666,500 chips. With top 175 players being paid off, the bubble also burst in the last level for the night. Pavel Veksler, the bubble boy, missed on the money by a hair-length, losing to Mateusz Wozniak’s flush.

The winner of the Main Event will be awarded a Platinum Pass worth $30,00, in addition to the 1st place cash prize of €1,020,000. If the chip leader, Teh, wins the event, this will be her second Platinum Pass as she already has won her first in the “Next Great Poker Brain” quiz that PokerStars Team Pros Igor Kurganov and Liv Boeree had initiated.

Teh, a poker professional from Malaysia, began playing this game when she was in university. But she took a bold decision to quit her job at the end of 2017 and play professionally this year, and just by glancing at her record, she is doing a pretty good job at this, already cashing out in 15 tournaments this year. Her biggest live win of her career also came in this year, when she finished 120th at the 2018 World Series of Poker (WSOP) Main Event Championship, taking home $57,010.

The day saw the two female PokerStars Team Pros, India’s Muskan Sethi and Netherlands’ Fatima Moreira De Melo get eliminated without ranking in the money. Sethi shoved her Ace-queen against Greece’s Evangelos Bechrakis who had Ten-nine and flopped two pair. Moreira De Melo lost with pocket Jacks against her opponent’s Ace-queen who flopped a queen pair.