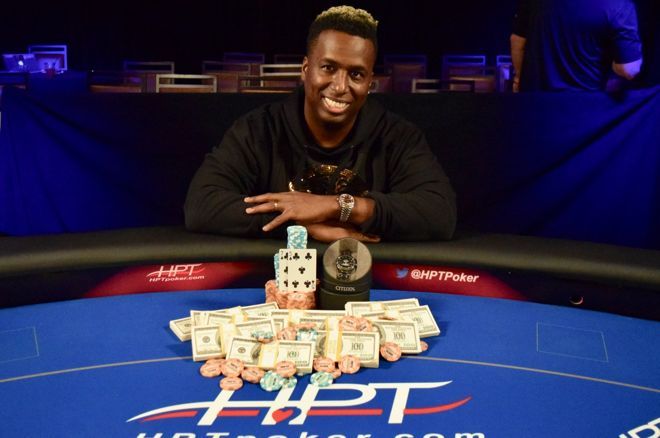 
While big names like the World Poker Tour (Tour) and the World Series of Poker (WSOP) take away all the limelight, there are a few lesser known companies that regularly host live poker tournaments around the world. One such company is the Heartland Poker Tour (HPT) that hosts frequent tournaments across the country.

They hosted their most recent tournament series at the Ameristar Casino in St. Charles, Missouri. The HPT St. Charles $1,650 Main Event was the highlight tournament of this series and when it came to an end, it was popular player Maurice Hawkins who took away top honours.

He bested a field of 347 entries that created a prize pool of nearly half a million dollars. Hawkins is known as a master of the WSOP Circuit, with 11 gold rings to his name, while also being the all-time leader until recently. However, he has proven that he can do it at the HPT as well, taking away the top prize of $113,322 and a luxury watch for first place; this was his seventh 6-figure score in live poker.

The Florida poker player’s total live winnings has now gone past the $3.2 million mark, with his best live cash of $279,722 coming for shipping the Main Event at the WSOP Circuit Harrah’s Cherokee back in 2016. He came back from having a chip deficit at the start of heads-up, to ship this tournament at St. Charles, flopping a straight in the final hand, which was better than his opponent’s Aces.

GutshotMagazine.com brings to you daily reports on major poker tournaments from around the world, so stay tuned for similar updates.