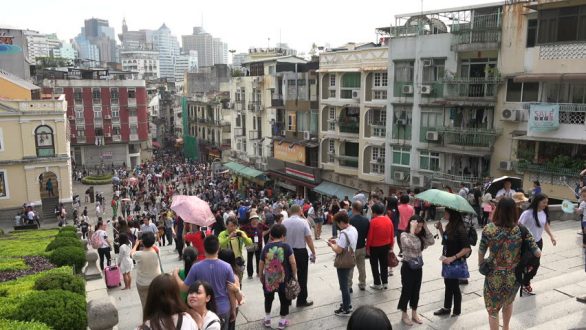 Macau looks to curb flood of new tourists by taxing them


One of the few regions in Asia where gambling and casino enthusiasts from around the world flock to is Macau. Macau is a casino hotspot and attracts large number of tourists to its many well-established casinos. Due to this and various other factors, Macau is witnessing a surge in new tourists in recent times.

The Macau Government Tourism Office has announced that it is studying the potential for implementing a tourist tax for the incoming tourists. This was said by Maria Helena de Senna Fernandes, the bureau’s head last weekend.

Fernandes commented, “We are conducting a comparative study of [tourist] taxes being implemented in places like Venice … and Japan.” She added that though there wasn’t any deadline to for the study but they ‘don’t want to drag it too long.’ She said, “We want to present the results so that they can be discussed in detail.”

She also clarified that the precedence for tourist taxation was a result not of curbing tourists but to generate more revenue for making more financial resources available for development and maintenance of tourism-related infrastructure.

Macau government is one of the wealthiest in the world in proportion to its size. It also recently reported the lowest problem gambling numbers ever. In January, Fernandes noted that Macau authorities forecasted that 2019 could see more than 38 million tourists. In 2018, aggregate tourist count increased 9.8% than the previous year, exceeding 35.8 million.

A local casino operator MGM China Holdings Ltd.’s CEO Grant Bowie commented on this development saying that the revenue collected should be ‘used specifically for the promotion of tourism. It shouldn’t just be an alternative taxing collection method.’

Tourist magnets like Venice, the city of canals, are seeing its ecology getting affected by the huge tourist turnouts every year. The city also plans to introduce a tourist tax in May. Japan earlier imposed a ‘sayonara tax’ on tourists leaving the country by air or sea. Keep reading GutshotMagazine.com for more such industry news and for your daily dose of gambling/gaming news from around the world.