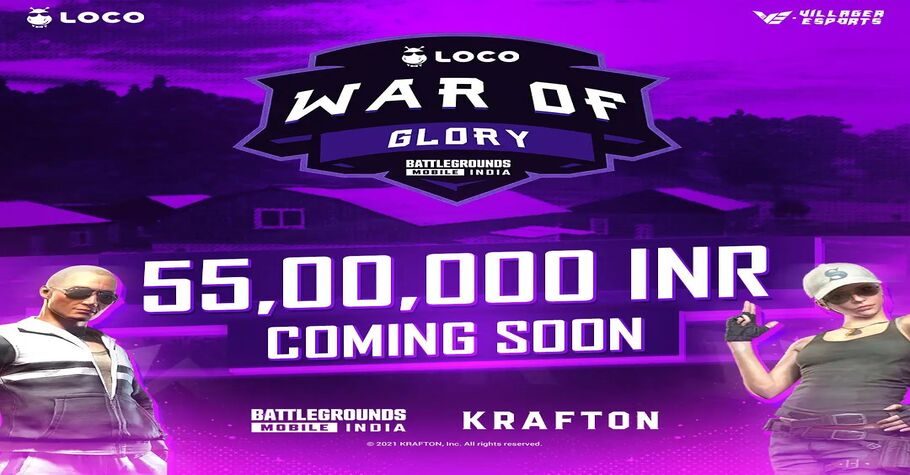 Check out the War of Glory BGMI announcement post:

A post shared by Loco – Home Of Indian Gaming (@getloconow)

The game streaming brand announced its partnership with Dice Media’s first esports based web series called Clutch. The first episode of this web series was released today. The trailer of Clutch also received a thundering response.

Loco hasn’t announced any specific dates or duration for the tournament. The Instagram post suggested the tournament is coming soon. The organisers also hinted that top teams from the BGMI scene will take part in this tournament.

As fans wait to see their favourite teams compete at the War of Glory BGMI tournament for a prize pool of ₹55 Lakh, it will be interesting to see which team wins this prestigious title.