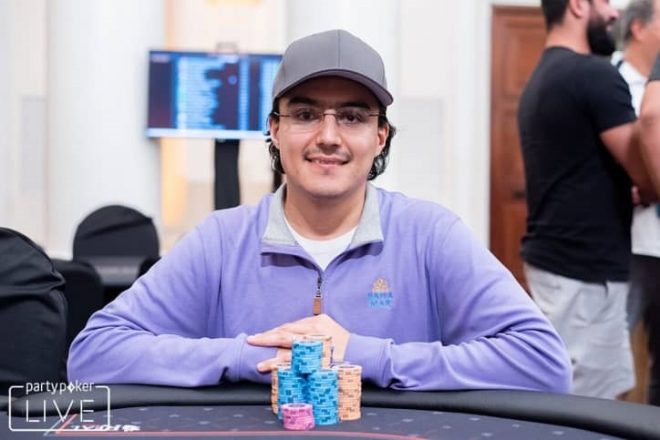 
The city of Rio de Janeiro in Brazil is currently witnessing an epic series hosted by one of the top poker brands in the world, partypoker LIVE. The partypoker MILLIONS South America is underway at the Copacabana Palace Hotel and is scheduled between 15-24 March 2019. Poker legend Phil Hellmuth is also expected to arrive at the venue and hold ‘The Phil Hellmuth Master Class’ on 18th March.

Day 1 of the series went into the books yesterday. The opener event of the series is the $1,100 Rio Open which saw its first starting flight being hosted. Day 1A of the Rio Open attracted a total of 125 entries out of which only 33 progressed.

There was also an online starting flight hosted for the Rio Open on 10th March on the partypoker client, which saw 20 players advancing to Day 2. The total for now who will enter Day 2 comes to 53 players. Some of the notables to run yesterday and qualify were Anton Morgenstern, Paul Michaelis, Walter Treccarichi¸ and others.

Coming to the chip leader, Chadha hails from Washington DC, USA and has over $900k in live cashes till now. Among his recent live cashes include cashes from 2019 WPT Borgata Winter Poker Open ME, PCA Main Event, etc. He won his best live cash for winning 2018 Potomac Poker Open Main Event in his home country.

Day 1B of the Rio Open begins today at 12 pm local time. The $10,300 Main Event will start from 19th March. Stay tuned to GutshotMagazine.com for more such tournament updates, roundups and for general poker news from around the world.