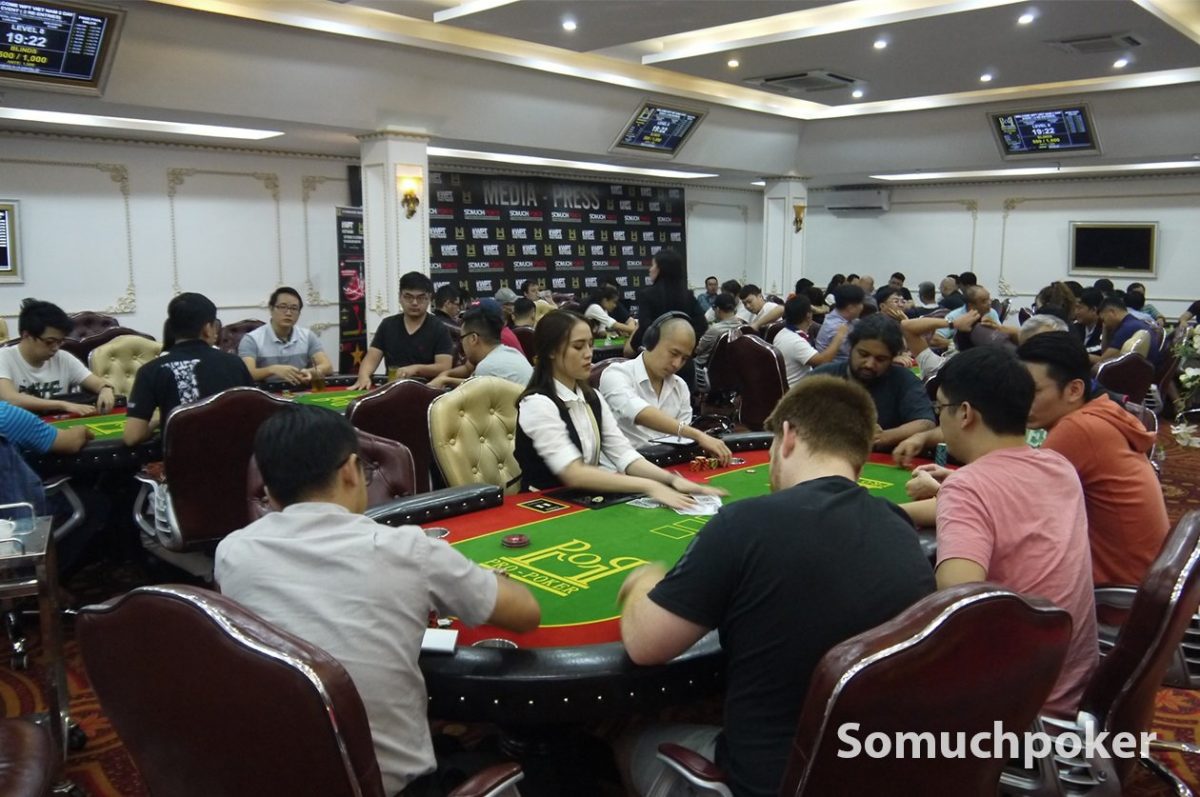 
One of Asia’s ever popular tournament series is happening right now at the Pro Poker Club in Ho Chi Minh City, Vietnam. The 2019 World Poker Tour DeepStacks (WPTDS) Vietnam kicked off yesterday and saw a huge Indian contingent making its way to the venue. Defending Champion Dhaval Mudgal is also present at the club to defend his hard-earned title last year.

The series will run between 14-24 March 2019 with plenty of exciting tournaments and huge cash prizes lined up. The tournament opened with the first event, VND 10 million WPT Vietnam Kickoff which guarantees a prize pool of VND 3 billion (~INR 89.64 Lakhs). The tournament has four starting flights in all.

Yesterday, Day 1A of the Kickoff was hosted and saw a total of 74 entries attracted to the decently priced buy-in event. Our Indian contingent shone on the day. Out of the 9 who progressed to Day 2 from yesterday, Alok Birewar finished 2nd in chip counts with 222,000 chips, trailing behind Israel’s Ifay Kav who sits on the throne for now with 250,000 bagged chips.

Birewar is accompanied by another Indian player Praveen Dwarkanath who just made it to Day 2 at 9th in chip counts bagging 84,000 chips at the end of the day. Both Dwarkanath and Birewar had showcased some good poker skills and will be looking to make a mark in Kickoff Day 2. Dwarkanath is the shortest stacked but he will be looking to chip up on Day 2.

Coming to Birewar, he has many impressive accomplishments to his name. He has earned numerous cashes previously and has won various live tournaments in the past too. He won Feb 2018 DPT 65k High Roller for INR 17.74 Lakhs. He won a title in the recently hosted WPTDS India for acing the Big Bount event. He is a strong live player and could make some deep runs in Vietnam too.

Keep reading GutshotMagazine.com for similar upcoming WPTDS Vietnam tournament updates and for general poker news from around the world.