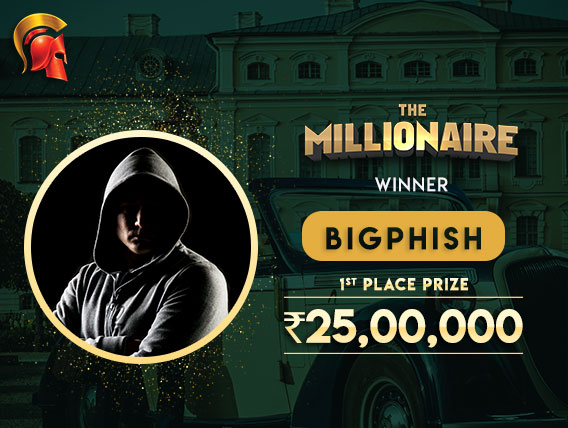 
Every month, poker players across the country look forward to The Millionaire, which is India’s biggest monthly online poker tournament. Played on the second Sunday of each month on The Spartan Poker, The Millionaire has a whopping guaranteed prize pool of INR 1 crore.

Yesterday was the November edition of this immensely popular tournament on Spartan and once again, India’s top pros were ready to test their month-long preparations. For the first time, the tournament had a rake-free buy-in of INR 7,700 and by the end of the registration period yesterday, a massive field of 1,244 entries had taken part.

The top 100 players from this field shared the spoils, and the prize pool was divided among them with a minimum cash prize of INR 25,000 (3x the original investment). However, The Millionaire is not known for these min cashes but for the massive INR 25 lakh GTD prize promised to the player who comes first.

This is a life-changing amount and winning The Millionaire is a dream for any poker player in India. Yesterday, this dream came true for ‘bigphish’, who preferred that his identity stays anonymous. The player made his way past everyone else on the night and eventually walked home with INR 25 lakh for shipping the prestigious tournament.

We spoke to the player after this massive victory and asked him about the overall experience. He said, “It’s a really well structured. tournament that allowed me ample time to play patiently and build up my stack throughout. I just loved the experience thoroughly.” A single bullet is all it took for this player to complete the victory. What’s better is that his previous largest online poker cash was just around INR 50k, so this would be a huge moment for the player.

Having started playing real-money poker only in 2018, this is a massive achievement for the poker player who is still relatively new to the game. “My primary interest is Omaha cash games. I occasionally take a punt when it comes to tournaments. Luckily, it worked out so spectacularly this time.”

“I credit my close friends for helping me improve in the game. I learnt a lot from watching amazing Twitch streamers like Tonkaa and Jason.” He also spoke about his plans in the game and with the prize money he earned last night, saying, “I plan to attend the WPT India series this week. I would love to go abroad and play an international live poker event as well.” On a parting note, he said, “Thanks again. I must add that I love the great work you guys do at Gutshot.”

The tournament lasted nearly 11 hours, finishing at 4:54am this morning, after the initial start time of 6pm last evening. bigphish had gained himself a chip lead of over 6:1 against his opponent and the final hand of the tournament occurred in the Level #60, when the blinds were as high as 37,500/75,000 – 7,500.

His opponent was Divyank Prasoon aka ‘mikkudiv’, who fired two bullets to reach this stage. Both players finished with Queens and Threes on the 3d Th 3c 7d Qh board, but bigphish’s Ace kicker won over Prasoon’s King, with the latter having to settle for the runner-up prize of INR 15 lakh, which by no means is a small amount either. 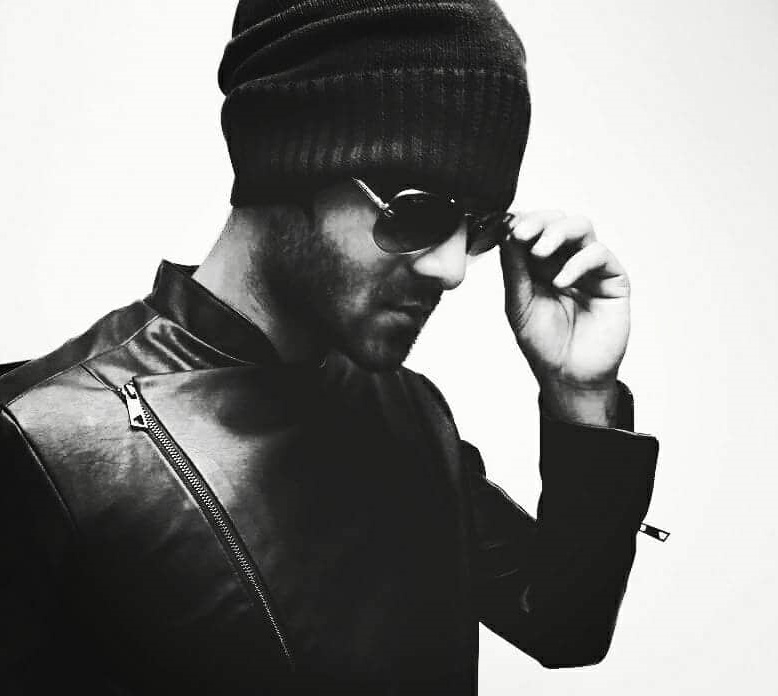 Gutshot caught up with Divyank and this guy turned out to be more of a cash games player as well. He said, “I am not a regular tournament player, but once in a while I give it a try in some of the best tournaments around, and that worked yesterday. I literally grinded for 11 hours which I never thought I could do so efficiently. I played my best poker ever. Heads-up against ‘bigphish’ didn’t last long as I made a very bad call, with KQo losing to AQo. Anyway, it was really unbelievable to me.”

Divyank is one of those many who are helping the game of poker grow in the country. When we asked him about his plans for this prize money, he said, “I’ve been working to get legal permission in Jharkhand for a Poker Club, and we are almost on the verge of obtaining it. I will use this money for it.”

Divyank also congratulated ‘bigphish’ for his sensational victory, calling him his biggest competitor in the tournament. He also added that he hoped to see some more good scores in the future. Until then, let’s keep watching GutshotMagazine.com for more updates on India’s top online poker tournaments.