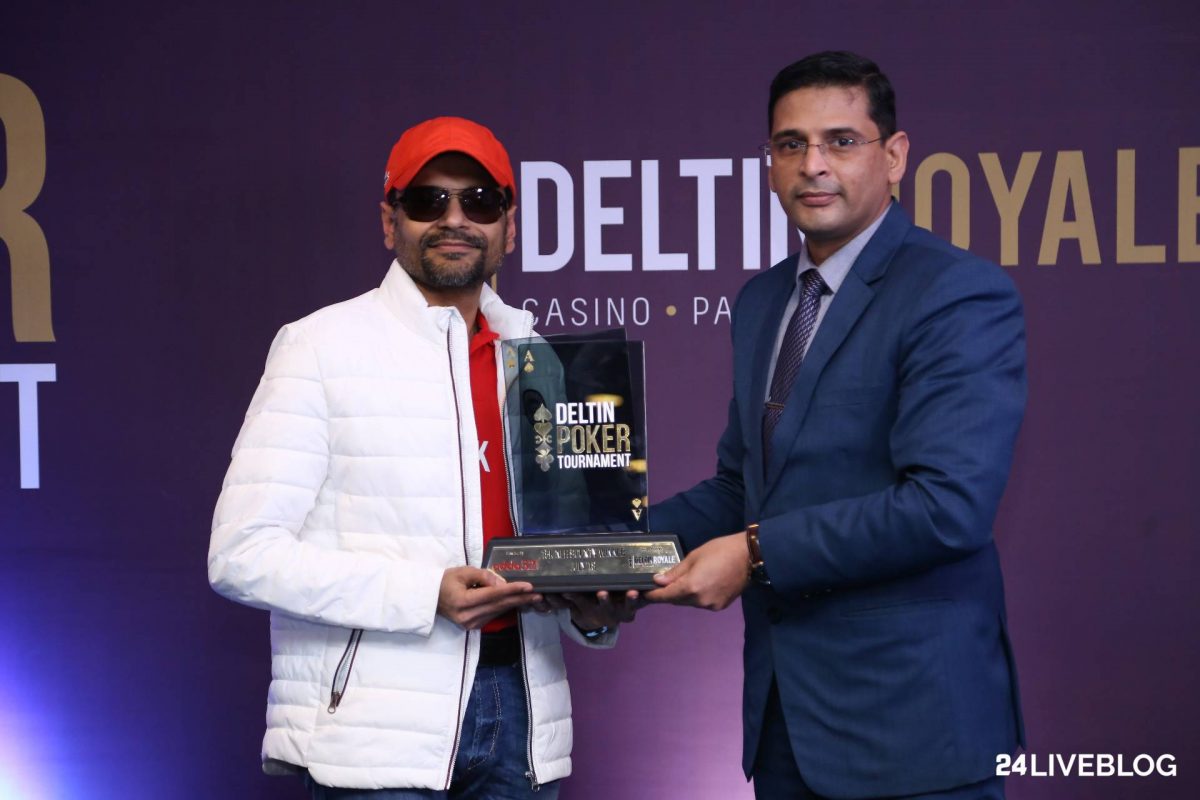 
It’s the last Deltin Poker Tournament (DPT) of the year taking place at the Deltin Royale poker room in Goa, and this series has seen a resounding response. Scheduled to finish on 29th July, the tournament will be taken on to 30th July as the Main Event is still being competed, having reached the final table now.

This high participation meant the games went on late into the night and the early hours of the morning. Not too long ago, we had our third big winner of the series, after Jasven Saigal won the opening event and Eka Vedantham won the High Roller. Now, it was Abhishek Tibrewal’s time to shine.

He participated in the DPT July 15K NLH Bounty Event and outlasted all the entries to ship the title and walk away with the top prize of INR 3,48,381. A total of 18 places were paid out with a min-cash of INR 17,078 in this tournament and Tibrewal entered the final table 6/9 in the chip count.

He did well to recover and build his chip stack, going into heads-up with Dishant Soni with a decent chip lead. From there, he continued to pressurize and dominate his opponent, eventually managing to take down all the chips in play. His pocket Aces beat Soni’s 3h 5d who was playing for a straight. The board opened Js 4s 6s Kc 4c and Tibrewal won with two pairs – Aces and Fours.

Keep reading GutshotMagazine.com for a daily update on poker tournaments from around the world.