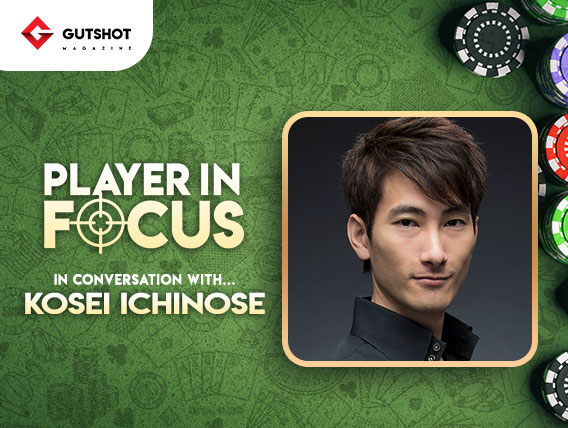 1-on-1 with Japanese Pro and APT Finale POS, Kosei Ichinose


Very recently, the Asian Poker Tour (APT) wrapped up the final tournament series of their current season, hosting APT Finale Manila 2018 between 27 November and 6 December at Resorts World Manila. Now APT is one of Asia’s biggest poker brands which has been growing by the year, seeing increased participation from players from different countries from around the world.

While the top Asian pros are a regular feature in these various stops across Asia, quite a few international players are also being spotted while the Indian continent is also growing, with APT having also got into an agreement with India’s Baadshah Gaming to host satellites of their live events.

Coming back to the recently concluded series in Manila, it was a very successful one for quite a few players, especially those who walked away with a trophy. In the case of Japan’s Kosei Ichinose, you can imagine the magnitude of his achievements as he walked away with not one, but three trophies from this finale series.

To kick start the series, Ichinose came 3rd in the PLO Event, 6th in the prestigious Main Event, won the Short Deck High Rollers tournament and then also wrapped up his outing in Manila by winning the Monster Stack Event on the final day. Apart from these two trophies, his 1,001.85 points were good enough to win him the APT Player of the Series (POS) trophy as well, along with some other top prizes.

Gutshot caught up Kosei Ichinose for an exclusive chat after this fantastic run in Manila. The 32-year old is a professional poker player who has recorded live tournament cashes in several cities across the seas, including Manila, Seoul, Macau, Ho Chi Minh, Jeju, Cebu, Barcelona, Beijing, Taipa, Bahamas, Richmond and of course, the gambling hub of Las Vegas. Keep reading for extracts from our interview… 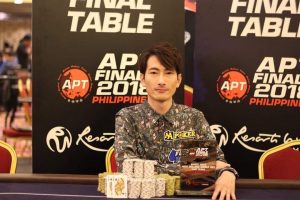 Q. Kosei, you’ve had many big poker wins, but what would you call the most memorable moment of your career so far?

“I have always set goals and targets in my poker career. First, being a regular CAD 2/5 (cash tables) from 2/4 Limit Hold’em in my current home ground poker rooms in Vancouver. Second, reaching the highest VIP status on PokerStars – SuperNova Elite – which I achieved in 2010. Third, getting sponsorship by poker companies which I completed by being an ambassador of PokerStars in 2015 and 2016, Natural8 in 2017, and I’m currently working with AA Poker and Fulpot Poker since 2018. As such, I don’t have memorable tournament winnings, but these achievements mean a lot to me.”

Born in Tokyo, Japan, Ichinose was indeed the first Japanese player to reach the SuperNova Elite status in 2010. This led to the online gaming giant PokerStars taking notice and signing him as an ambassador 5 years later, also becoming the first Japanese PokerStars Team Pro. He also represented Natural8 at one stage, with the most recent addition to their team being Malaysia’s Michael Soyza. 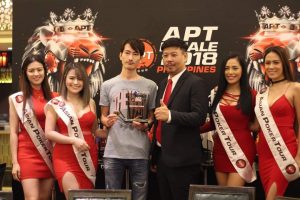 Describe the feeling of winning not just a couple of tournaments, but also the Player of the Series at the 2018 APT Finale.

“I never tried to achieve the title of Player of the Series (POS). I had a great series and the results were good, which were enough to top the Player of the Series standings, which was nothing but an extra bonus for some great work. Poker is a high variance game, so I try not to expect much but it’s the toughest to try and control the mental aspects of my game. Too many expectations and goals make simple things complicated, so I simply want to win each individual game I play.”

You seem to be enjoying yourself in APT Events of late…

“Asian Poker Tour (APT) is one of my most favourite tournament series. The crew is friendly, and they manage the games well. I would love to play more and more of APT circuits in the future.”

Do you prefer playing live or online poker?

“I prefer online poker tournaments simply because I can play without worrying about travel expenses and I can even wear my pyjamas while playing. Haha. Apart from saving on costs and the comfort level of playing from home, you can also play much more than just one tournament at a time while playing online.”

The player has had quite an illustrious career so far, playing real money poker since the last 13 years of his life (March 2006). His first recorded major tournament cash was in November that year where he finished 22nd in a CAD 1,100 NLHE Event at the British Columbia Poker Championships, Richmond. Today, he has grown as a player and has over $650k in live poker earnings, placing him 9th on Japan’s all-time poker list. His biggest win of HKD 646,000 ($83,296) came for his 3rd place finish in the 2016 ACOP Warm up Event in Macau. 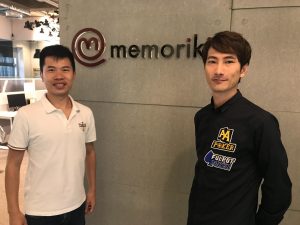 What is your take on the future of live poker in Asia? How do you think it can get better?

“In recent times, the Asian poker scene has definitely been growing. If I’ve heard right, there will be at least three new casinos opening in Japan by 2020. I assume poker in Asia has a bright future around the corner.”

Any particular goals or ambitions for the rest of your poker career?

“I haven’t had any particular goals in my poker career over the past few years. When I play cards, the main goal is just to win each and every game.”

On a parting note, we asked Ichinose if he had any plans of visiting India to play poker anytime soon and he replied saying, “I had a couple of chances to visit to India for a poker tournament, but it didn’t work out. Since then, I haven’t had the opportunity to make a trip there. I have no plans for India or even any other poker travellings as of now, but I do wish I could visit India and see you guys sometime soon!”

Keep reading GutshotMagazine.com for similar interviews and exclusive chats with stakeholders of the Indian, Asian and international poker industry.