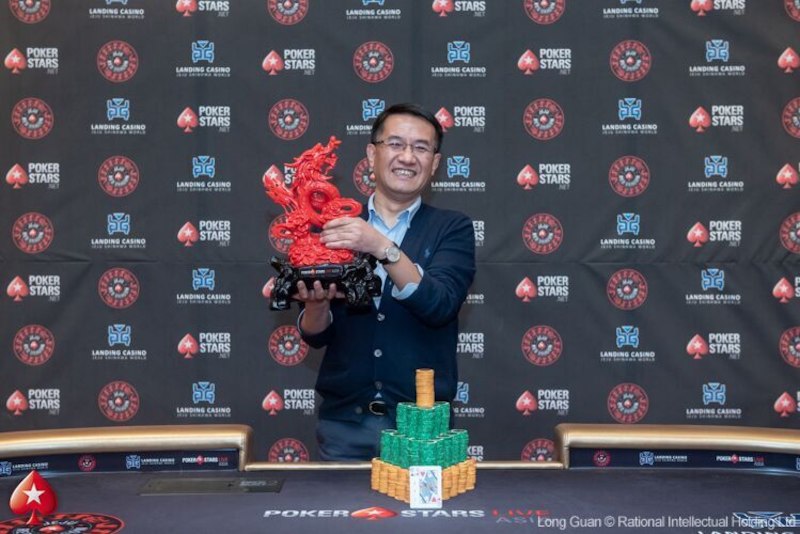 The Main Event was dubbed the ‘RED DRAGON KRW 1,000,000,000 GTD’ and had a buy-in of KRW 2,200,000 (~INR 1.39 Lakhs). India’s poker pro Sumit Sapra also coughed up the buy-in to play in the first starting and got to Day 2 with a decent stack, but unfortunately got eliminated on Day 2. Day 1A had six Indians running, out of which only Sapra had qualified to see the next day.

The Main Event was a record-setting affair. It attracted a total field of 613 entries, setting the record for the biggest Main Event field in Korea’s live poker history. China’s Yuechun Shi beat the massive field to become the Dragon Slayer of the series taking home a staggering KRW 266,060,000 (~INR 1.68 Crores).

The ultimate day of the series saw the Final Table of 9 players all aiming their arrows at the magnificent Red Dragon Trophy. After 10 hours of action, the table whittled down to the one. The champion, Shi, began the day 6th in chips and didn’t do good initially.

But the race was on, and the adrenaline started rushing gradually. In what was the turning point for Shi, he doubled up through Qi Wang with his flopped set of Jacks against Wang’s pocket Kings. Some hands later, he came to play against the former Red Dragon Champion, Zhenru Xie. Shi played with his Ts 9h on a board of Td 8c 4h 5c 8d, catching his Xie’s bluff on the river with two missed draws. Shi bagged a sizeable amount. He had 7.3 million of the 12.65 million in play, more than 50%. 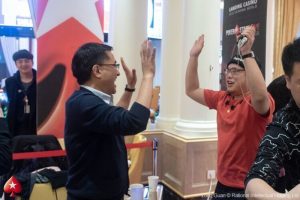 He then swiftly eliminated Tae Hoon Han, making way for the heads-up battle against Bin Di. In the final hand, Shi set him all-in with Qh Tc against Di’s Qs Jd, who called. The board came to Jh Kc 7h 9s 5d and Shi won with the straight.

Yuechun Shi, 47, is a Logistics Manager from China. This is his biggest live win of his recorded career. Immediately after his win, he reacted, “It’s amazing! It feels great. I’m not a professional, so am maybe not as skilled as some of the other players in the tournament, so when I came into Day 3, for me that’s enough. Then when I made the final table, that was an advantage – a bonus – and today, playing on the Final table felt amazing, it feels incredible to win!”

Gutshot congratulates Shi for this staggering win amongst a record-setting field. Keep reading GutshotMagazine.com for more such tournament updates and general poker news from around the world.