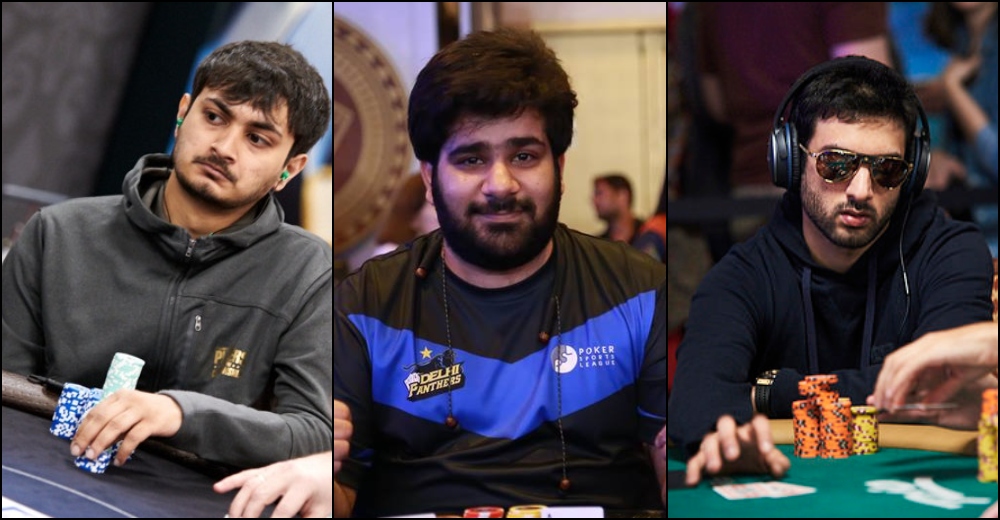 Ved, Jaswal, Nasa march on to Day 5 of the WSOP Main Event


The World Series of Poker (WSOP) Main Event is undoubtedly the most prestigious tournament in live poker, held once a year at Rio All Suites Hotel and Casino in Las Vegas. Just a while back, we wrapped up proceedings on Day 4 of the tournament with Indian hopes for the elusive championship title still narrowly alive.

The day began with 10 Indians in contention among 1,286 players, all in the money and guaranteed a pay-out of at least $15,000 (~INR 10.28 Lakh). Goonjan Mall picked up this min-cash earlier today, busting in 1,115th. Most of the Indian contingent soon followed him, bagging slightly bigger prizes.

The rest of the three Indians in play ran much deeper and are obviously in line to win much bigger prizes. The field narrowed down to just the final 354 players by the end of day’s play and among them are Kartik Ved, Yudhishter Jaswal and Akshay Nasa. When they return tomorrow, they are each guaranteed a minimum prize of $34,845 (~INR 23.88 Lakh) for 354th place.

Remember though, none of these players will be looking at the smaller prizes, since a whopping $10,000,000 cash prize has been set aside for the winner of this tournament, along with going down in the history books as the winner of the second biggest WSOP Main Event till date. With Johnny Chan, Chris Moneymaker and Qui Nguyen busting on the day, no former Main Event champs are left in the money.

Canada’s Dean Morrone (pictured below) leads the chip counts at the moment with a massive stack of 4.98 million after winning his seat to the ME via an 888poker qualifier. With only $10,000 in previous live earnings, Morrone has already more than tripled this tally and it’ll be one hell of a story if he manages to go on to ship the title. 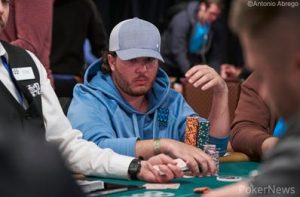 As for our Indians in the mix, Ved has 7 previous cashes in WSOP 2019 including $34k for a deep run in the BIG50 Event. Similarly, Nasa has had booming online results in the last one year or so, and two previous cashes in the series here in Las Vegas. Jaswal on the other hand has 5 previous cashes this year including $13,799 for a 15th place finish in an online bracelet event (Event #68).

Ved is well above the average stack of 1.4 million, bagging 2,243,000 chips at the end of play today while Jaswal is slightly below the average stack, holding 1,333,000 chips. Nasa lost a portion of his stack after chipping up early during the day and ends with 670,000 chips which is around 33 BBs at this point of time.

There’s so much to play for as there heroes hit the tables on Day 5 of the 2019 WSOP Main Event. Stay tuned to GutshotMagazine.com for all timely updates from Las Vegas!

Check out our online poker rooms section, where you can read reviews on the biggest and best poker rooms in the country, while also taking advantage of their bonuses and promotions. Check out these top poker rooms HERE