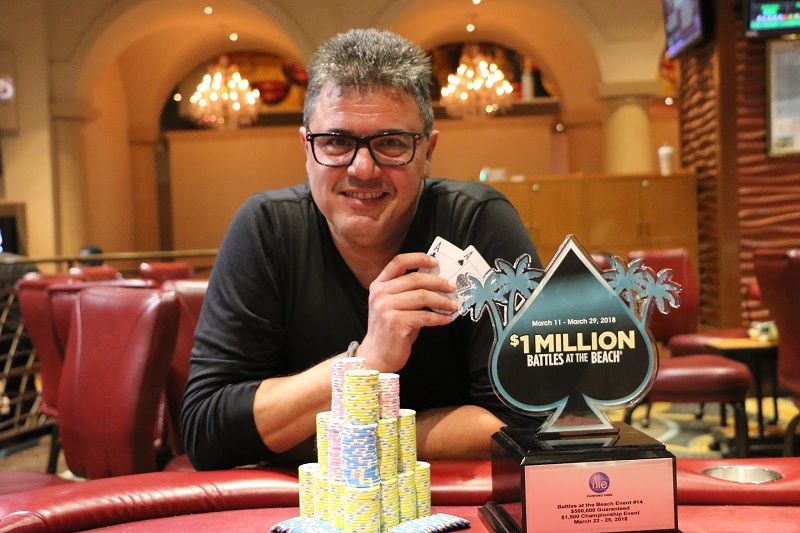 
In over ten years of playing professional poker, Uri Kadosh from Florida has won quite a few low-stakes tournament titles, but his last couple of title wins have been some of the biggest and best of his career. Kadosh recently shipped the 2018 Battles at the Beach Main Event, for $98,993.

What’s special is that he didn’t just win this title for the first time, but won it last year as well, making it two consecutive Battles at the Beach titles for him, at the Isle Casino Pompano Park, Pompano Beach, Florida. Last year, he beat a total field of 482 entries for the title, while this year he had to get through a field of 433 entries to be crowned champion.

The $1,500 buy-in event saw the original $500,000 prizepool increase to $569,550 and a prize of $115k was decided for first-place, but Kadosh struck a heads-up deal with Marshall White, which saw both of them taking home almost a similar prize. This deal meant Kadosh narrowly missed his third 6-digit live cash.

His highest live cash came after winning the same event last year for $120,035, and he has now taken his total career earnings to nearly $850k. White earned $96,660 for second place and took his career earning past $1.35 million. Loni Harwood, female poker pro with over $2.5 million in live poker earnings, was also present at the final table.

Heads up between the two saw a deal being struck and not a single hand being dealt. Kadosh took home a couple of thousand dollars more, and also his second consecutive Battles at the Beach title. Final results:

For more news on poker players and tournament results from around the world, keep reading GutshotMagazine.com!