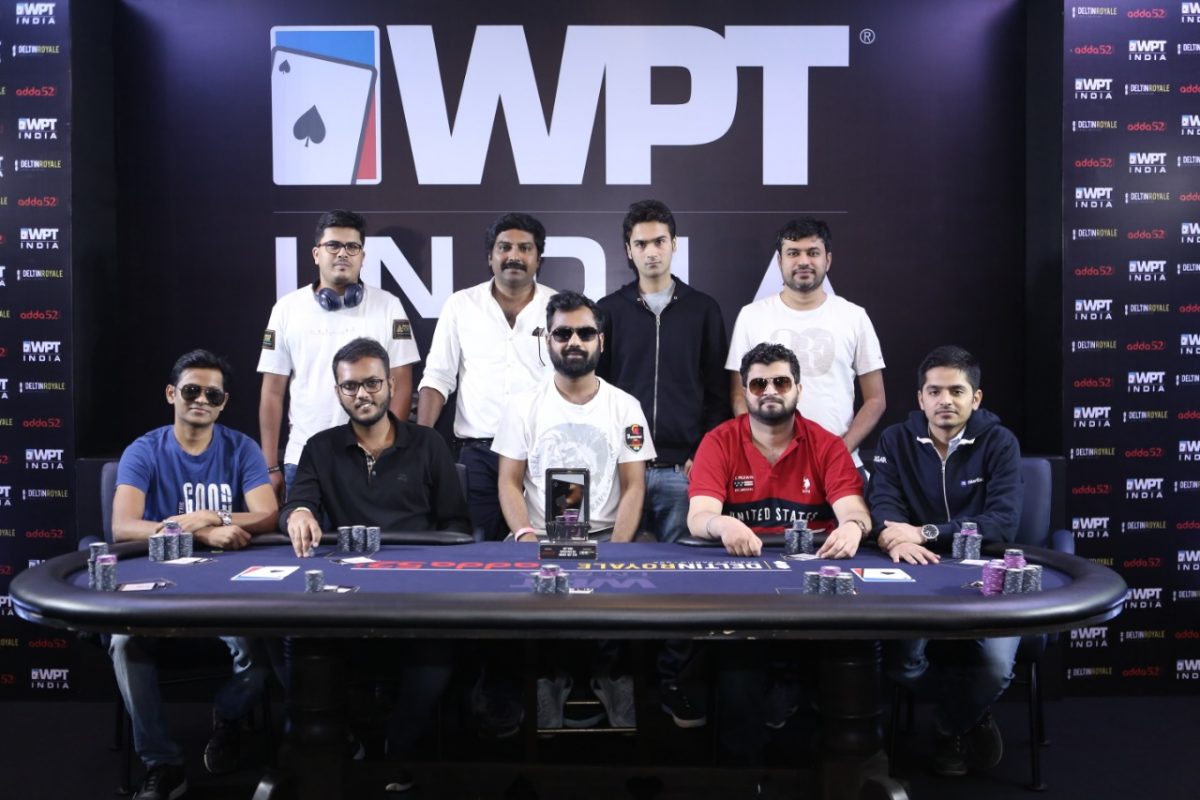 The World Poker Tour (WPT) is currently hosting the second edition of their WPT India stop, once again at the Deltin Royale in Goa. The second tournament to kick off here was the WPT India INR 35k Superstack Event and the 200+ entry field narrowed down to 27 players by the end of Day 1, with all of them to be paid out when they resumed on Day 2.

Earlier today, we reported news of Akshay Nasa leading these final 27 survivors with a massive chip stack of 779k, followed by Abhishek Jalan who had a chip stack of 658k. By Level 22 of the tournament with the blinds at 15k/30k – 30k, the action had quickly progressed to the 9-handed Final Table and by then, Jalan had taken over the lead.

The AceJack poker stable founder, Jalan, continued his dominance and held a monster stack of around 28 lakh chips (out of the 60 lakh chips in play) by the time the Final Table was set but unfortunately, the overnight chip leader Nasa didn’t make it to the FT. He lost his huge chip advantage and busted early on Day 2 of the tournament, finishing in 15th place for INR 1,28,100.

The overall prize pool created was a whopping INR 71,15,640 and this allowed 6-figure cashes to be paid out to the top 18 finishers, and action was moving along rather quickly on Day 2. A couple of the known names who cashed out early were Abhishek Rathod (23rd) and Madhav Gupta (22nd), each taking away INR 65,800. 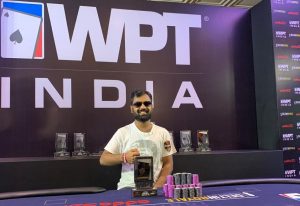 A few more eliminations and we reached the Final Table early in the evening, with Jaideep Sajwan bubbling the FT, hitting the rail in 10th place for a prize of INR 1,49,500. Jayjit Ray was one of the contenders on the FT, recently also having won the BLT 3 Highroller last month. However, he wasn’t able to get himself another live poker title here in Goa.

The intensity increased as more players were knocked out and play eventually boiled down to the 3-way stage between Vinay Rajpal, Pavan Jain and the FT chip leader Jalan. After some more hands played between the three, Rajpal was the next casualty, finishing in third place. What followed was an exciting heads-up session between Jalan and Jain, with the former holding a 4:1 chip lead.

Jalan kept his composure and drove the lead home, winning the tournament and bagging the enormous first-place prize of INR 17.29 lakh, while also lifting his maiden WPT title. For Jain, this was a pretty good outing as well, winning INR 12 lakh for finishing as runner up in the tournament.

Gutshot had a word with Jalan after this major victory today. He said, “The tournament was pretty great. I finished second in the chip lead yesterday itself and today when we were playing among the final 27 players I had a doubling hand with Nasa. I busted him and since then, I had like 30% of chips in play throughout. In heads-up, I lost a couple of flips when I was ahead and the chips became even, which was a tough time. But yeah, the chip lead was with me for around 6-7 hours today, except for in heads-up when I lost a couple of sick flips. However, I managed to win.”

He added that, “It isn’t about the money, but just about the win. It was long due.” Keep reading GutshotMagazine.com for more updates on the top Indian poker tournaments and also timely updates on the ongoing WPT India series in Goa.