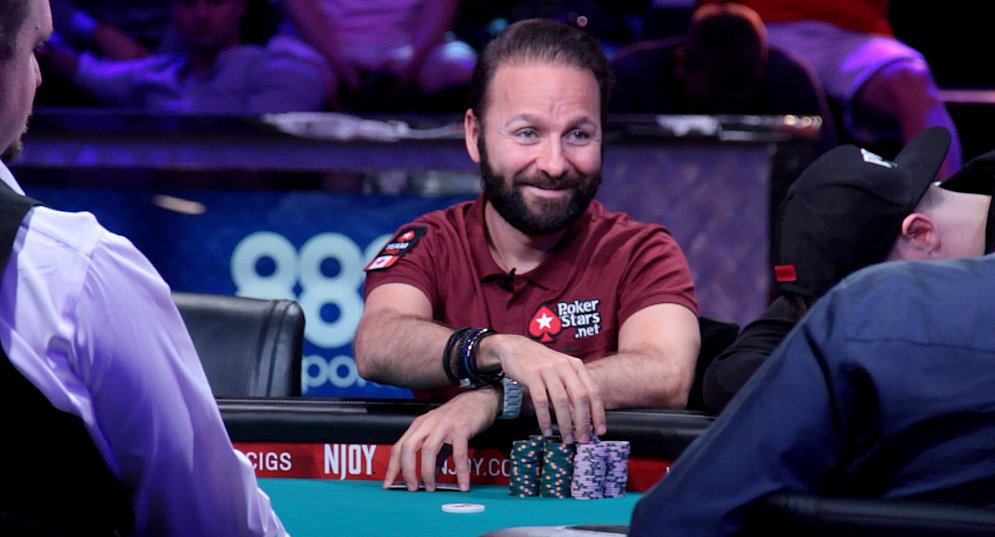 
Arguments over who is the greatest poker player of all time will rage on as long as chips, cards and dealer buttons exist. The primary reason about why there is so much dispute on this topic is that the criteria to determine greatness differs from person to person. A player’s ability to manipulate and read an opponent, their capacity to stay calm under pressure and many other skills are all intangible factors which can be difficult to interpret.

Another way of assessing a player’s greatness is to take a look at the amount of money they have won. Another aspect to take into consideration is legacy. Some poker player’s contribution to the game away from the table is so immense that things like their earnings can be pushed aside when assessing their level of greatness. This variable, although tough to measure is as relevant as any other.

So here we go, taking both the tangible and intangible factors into consideration, here is our list of the five best poker players in live tournaments.

The highest-placed player, Negreanu was named the Global Poker Index player of the decade on the basis of consistently good performances in live tournaments. He has six separate cashes for $1m or more, none larger than the $8.28m he took for winning the $1 million buy-in Big One for One Drop at the World Series of Poker. Negreanu is also the only player to win World Series bracelets in Australia, Europe as well as Las Vegas.

Seidel is another player to have begun his career before the internet poker gained popularity, first making a name for himself with a second-place finish at the 1988 WSOP Main Event, his knockout hand being immortalized in the movie ‘Rounders’. 2011 was his career year, with million-dollar prizes on two continents highlighting a phenomenal 12 months in which he took home more than $6.5m.

One of the most popular poker players on the live tournament scene. The Iranian-born pro, who now lives in the United States, has made six figures every single year since 2004 and has two World Poker Tour titles to go with his three World Series of Poker bracelets. However, the biggest achievement of his career came in The Big One for One Drop in 2012, when he beat a star-studded field to win poker’s biggest ever prize of more than $18.3m.

German High Roller Fedor Holz has seen a spectacular rise to poker fame with 2016 being a huge year for the young player. Widely regarded as one of the best online as well as live tournament poker players of the modern era, Holz was ranked best online MTT player foe two consecutive years. The 2016 season saw Holz pick up his first World Series of Poker bracelet with his win in the $111,111 No-Limit Hold’em for One Drop, just weeks after he secured 2nd place at the Super High Roller bowl. Thanks to his success in 2017, Holz was ranked number 7 on the Global Player Index.

Ever since his days playing underage at New Jersey casinos under the alias ‘Jerome’, Phil Ivey has emerged as one of the best poker talents around. Also known as The Tiger Woods of Poker, Ivey won his first World Series of Poker bracelet in 2000 and has gone on to add eight more titles, while his five separate million-dollar scores include a seventh-place finish at the 2009 WSOP Main Event. After having spent several months away from the poker limelight post Black Friday, Ivey returned in style in January 2012 with first place in the Aussie Millions $250,000 Challenge for $2m, and he became the first two-time winner of the event in January of 2014, with the $3.5m prize representing the biggest win of his career.