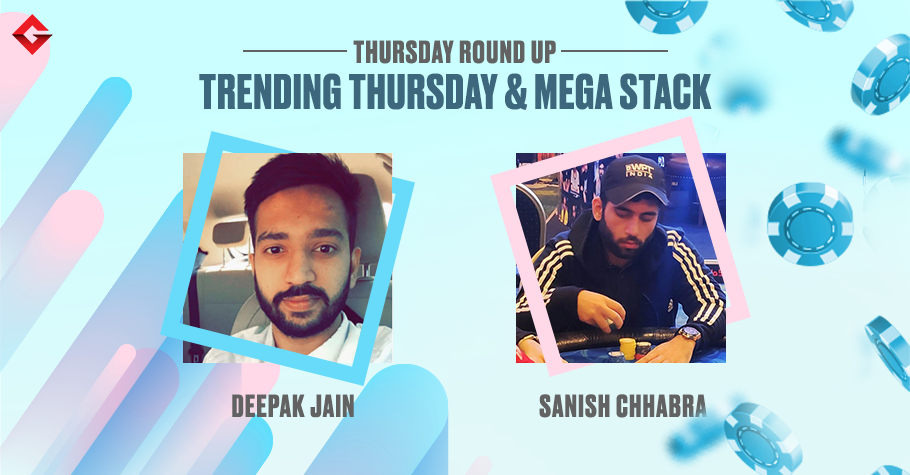 
Spartan Poker is a platform that conducts high value tournaments almost everyday. This online poker room is all about massive GTDs, big bonanzas and a lot more. In our daily round-ups, we take a look at what went down in these tournaments.

The Trending Thursday tournament had 541 entries in total. This INR 3,850 buy-in event was shipped by Sanish Chhabra aka ‘Sanish21’ who won INR 3,20,927 in prize money. Following him, the runner-up of this tournament was Hitesh Batra aka ‘hitesh bhai’ who took home a pay cheque of INR 2,82,531. This tournament was a major hit as the advertised GTD was crushed and an even bigger prize pool of INR 18,93,500 was formed.

At level #51, Chhabra had a massive chip stack as compared to Batra. Sanish and Batra were dealt 6♠ 9♥ and 8♦ 8♠ respectively.  With the 8:1 ratio of chip stack, both the players went all-in on the pre flop. The board was revealed as 4♣ 7♥ Q♥ 5♥5♣. Chhabra had a pair while Batra had two pairs. Sanish shipped the tournament with a leading chip stack.

The two players were on Level #47,  and Jain had a better chip stack as compared to Rohit Mishra aka ‘ShippingYard,’ as the chip ratio was 12:1. Mishra and Jain were dealt 4♥ Q♥ and K♠ T♠ respectively. The community cards were revealed and they were 4♣ T♦ 2♦ J♠6♣. While both the players had a pair, they entered into a deal. Jain shipped the tournament as he had a higher chip stack.