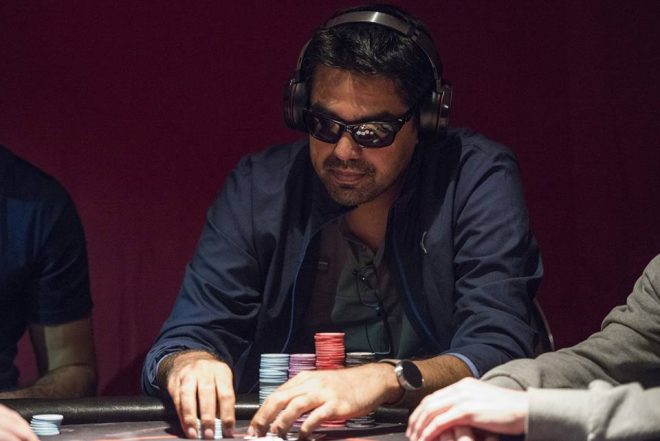 
Poker players all over Asia would’ve been very excited when PokerStars announced the return of the very popular Red Dragon tournament in Asia. The venue locked in was Jeju in South Korea and a handful of Indian players flew down to take part in the various tournaments scheduled for the series.

The prizes were calculated once the registrations shut and the top 24 players were to share the spoils with a minimum prize of KRW 1,430,000. Representing the Indian contingent was none other than Sumit Sapra, who has accumulated several poker victories over the years.

At the Megastack Event, he was among the top 40 players who bagged their chips to return for Day 2 today at the Landing Casino in Jeju Shinhwa World. At the end of Day 1, Sapra was 6th in the chip lead with a stack of 284k while the chip leader was Hong Jun Zhao who had a stack of 462k chips.

When play resumed on Day 2 today, we saw rapid eliminations and play progressing quickly. Sapra took advantage of his overnight stack and very soon, the money bubble arrived, with Sapra still mid-stacked. Eventually, his run ended in 16th place when his AQ ran into pocket Kings.

Sapra exited the tournament in 16th place for a prize of KRW 1,985,000 (~INR 1.26 lakh) to record his first cash of the series. This would be a big confidence boost ahead of the major Red Dragon Main Event. In another event, Kalyan Chakravarthy also made it to Day 2 in Jeju, and we’ll be hoping for another deep run by an Indian player.

Until then, keep reading GutshotMagazine.com for more updates on Indian poker players competing across the globe.