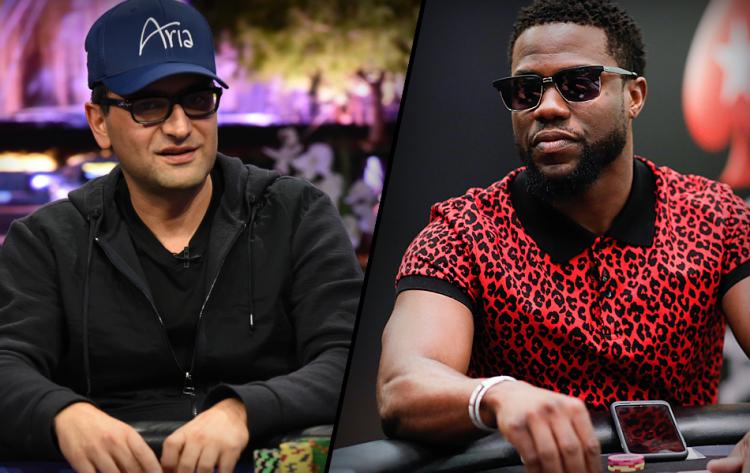 Antonio Esfandiari and Kevin Hart to box in the ring?


A recent TMZ Sports report has suggested that Antonio Esfandiari, one of the best poker players in the world; and Kevin Hart, American actor and comedian, are all set to battle it out in the ring. The report suggests a game of boxing between the two around March next year.

You wouldn’t usually relate the duo with the game of boxing, as one plays with cards all day and the other is in the show business. However, the 39-year old American-Iranian poker player and professional magician has confirmed the bout himself, saying there will be money on the line as well.

The poker player has a reported net worth of around $20 million while Hart is said to have a net worth close to $60 million, which suggests there could be some big money on the line. Esfandiari aka ‘The Magician’ has said that there will be odds of around 35-to-1 against him, as Hart is clearly in better shape and ‘fast as hell’.

Esfandiari was spotted by TMZ Sports and while he couldn’t answer their immediate questions, he decided to give them some other ‘juice’. He spoke about his years of friendship with Hart, who is also currently a brand ambassador of leading poker company, PokerStars.

“Kevin Hart and I were playing the other day, we were hanging out… and somehow boxing comes up. So, we made a bet. And, in March, around March, we are going to box in a ring,” he told the reporters. If this is really true, Hollywood, poker and gambling fans could be in for a delight early next year.

However, Esfandiari will clearly need to work on his game and his fitness as Hart is a fitness freak who regularly posts video and photos of his workouts on his Instagram account. Keep reading GutshotMagazine.com for more updates on this fight.