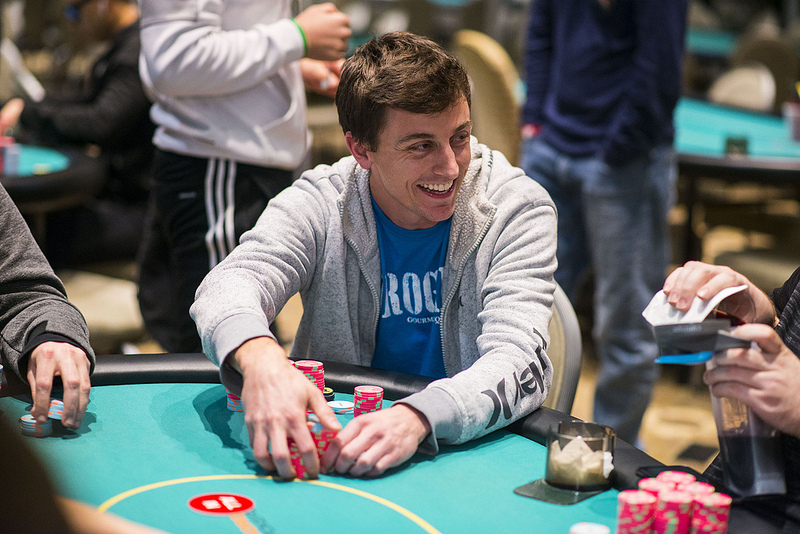 
The World Poker Tour (WPT) is conducting its WPT Borgata Winter Poker Open series in the prestigious Borgata Casino and Spa, in the gambling hotspot of Atlantic City, New Jersey. The series, which began on 15th January, will be in the books tomorrow, i.e. 1st February. Celebrity pro and ‘Poker Brat’ Phil Hellmuth made his first title win of 2019 here.

India’s ace player and PokerStars Pro Aditya Agarwal was in the run in the main event of the series WPT Borgata Championship – but got busted on Day 2. This time, WPT broke its previous year’s record of 1,313 by a good margin, bringing the total this time to 1,415 entries from both starting flights and late registration which saw 211 more entries made on Day 2.

The 177 that entered yesterday played for around 14 hours of action-packed poker and the field simmered down to just 29 players. Leading the them in chip counts is American pro Nick Schwarmann bagging 4,565,000 chips (152 big blinds) at the end of the day. Trailing behind him is Dylan Gang with 4,065,000 chips, only other player with over 4 million chip counts.

Chip leader Schwarmann hails from Florida and has upwards of $900k in live earnings till now. His biggest cash came from finishing 2nd in the 2013 WSOP 4-Handed for $191,434. His only recorded title win is when he shipped 2011 Heartland Poker Tour Main Event for $167,944.

The player has cashes only from American tournaments but significant ones. He is comfortably in the lead in the Championship and could potentially ship the tournament and the 1st place cash prize of $728,340 (~INR 5.17 Crores).

Phil Hellmuth was also in the run but got busted early in the day at 102nd. 2015 WSOP ME Champion Joe McKeehen was also playing on Day 3 but got busted at 37th. Day 2 chip leader Alex Aqel was eliminated at 69th by Schwarmann with Queens against Ace-high.

Day 4 will begin at 12 pm local time today and will play till the Final Table of 6 is reached. The winner will also get seat to the WPT Tournament of Champions, which will be hosted sometime this year in Las Vegas, along with the 1st place cash prize. Keep reading GutshotMagazine.com for more WPT tournament coverage as well as general poker news from around the world.