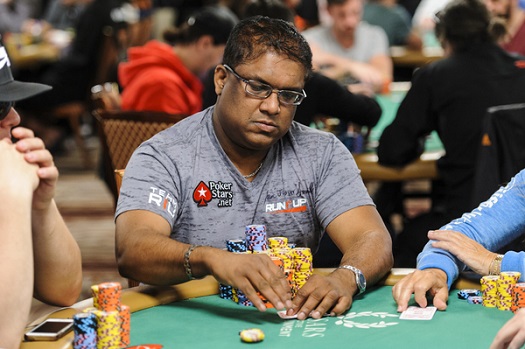 Annand Mahendra Ramdin, better known as Victor Ramdin around the poker circuit, is a US poker pro based in New York, having cashed more than $4 million in live poker tournaments. His best live cash of $1,331,889 came over a decade back, when he shipped the Foxwoods Poker Classic.

However, Ramdin is not in the news today for some new poker achievement, but he is in the news for announcing his decision to leave PokerStars, adding him to a list of prominent poker pros who have left the poker giant in the last few months. He has made this decision after being with PokerStars for 12 long years!

He joins the likes of Isaac Haxton, Felipe Ramos, Vanessa Selbst, Jason Mercier and Bertrand Grospellier who have all quit PokerStars in the last 6 months or more. His statement was shared on Twitter by WSOP social media stalwart, Kevin Mathers. Just like the rest, no solid reason has been given for quitting PokerStars, except for ‘moving on to the next challenge’.

“Over the past 12 years, I’ve traveled a lot of miles with PokerStars. I’ve traveled to tournaments all over the world. I’ve played in 12 World Series of Poker Main Events and who knows how many side events. I’ve played in European Poker Tour events, World Poker Tour tournaments series and many more. And in every one of those events, I proudly wore PokerStars colors. PokerStars gave a lot back to me. They featured me at events and gave me great exposure on their blog. They were a major contributor to my favorite charities, including giving a lot of support to my medical outreach efforts in my birth country of Guyana. And overall, they made me proud to be part of a team of generous, smart, talented professionals who love their jobs. And now it’s time to move on to the next challenge. PokerStars and I had a great 12 years together, and I wish them and Team PokerStars all the success – unless they’re across from the table from me, of course.”

For more such updates from the world of poker, keep reading GutshotMagazine.com!