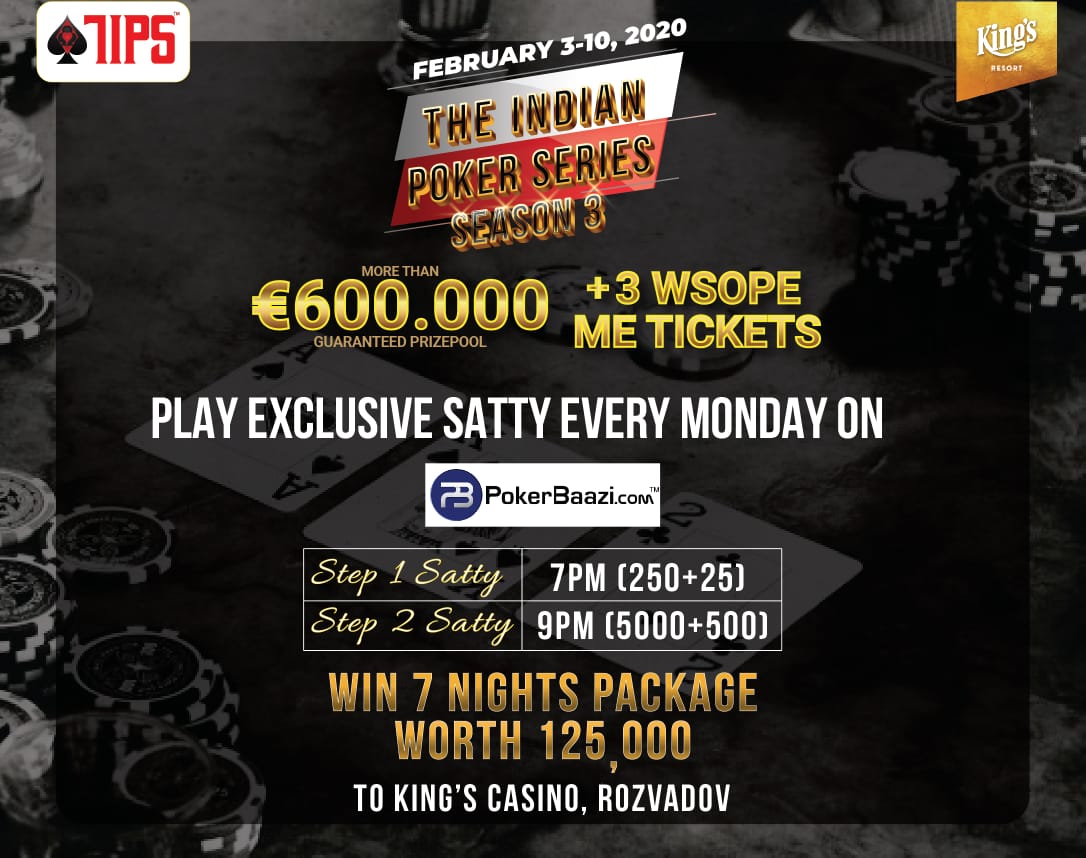 
It was just last month that we announced the return of The Indian Poker Series (TIPS), a poker series held in Czech Republic’s Kings Casino. After two successful runs of the series, the founders announced Season 3 which has been scheduled at the same venue between 3-10 February 2020!

The specialty of the series is being able to travel and play poker at a foreign venue without having to bear massive expenses. With small buy-ins and bigger fields including players from across Europe, it’s going to be a great experience for all those who decide to make the trip. This time, TIPS has announced a massive INR 5+ Crore series guarantee!

The most recent development coming in is that of TIPS partnering with Spanish Poker Festival for the upcoming series, which means an addition to the existing schedule and of course, more prizes up for grabs. The joint series means that now, there won’t be just 2 but 3 WSOP Europe Main Event tickets going out to the top winners!

The €500 SPF High Roller has also been added to the schedule and this 2-day event promises to attract some top-notch players from across India and Europe. Online satellites are running on PokerBaazi as we speak and a total of 15 players have already won packages via these satellites. A comprehensive package for cash players will also be announced in a couple of days, so stay tuned for that as well! 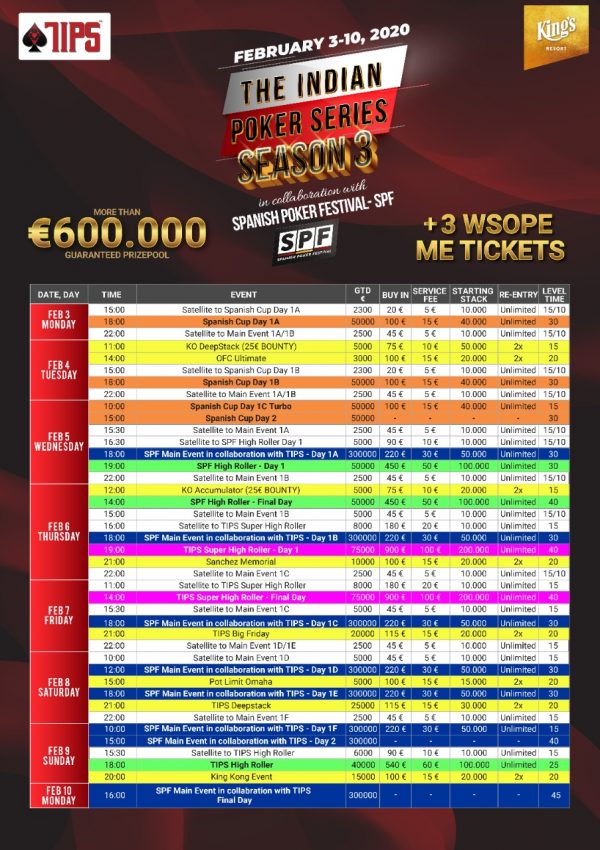 The Kings Casino in Rozvadov is set to be buzzing early in 2020 and this latest collaboration with Spanish Poker Festival will only help increase the participation numbers at the series. TIPS Season 3 is set to be the biggest edition of the series so far, and you can stay tuned to GutshotMagazine.com for all further updates on the same!