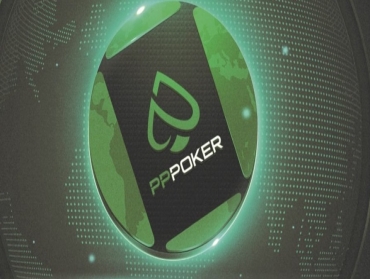 
The PPPoker World Championship 2019 (PPWC) is set to be hosted for the first time at Resorts World Manila, Philippines, between 15-21 February 2019. The total prize pool kept aside for the series is PHP 20 million (~INR 2.65 Crores). The festival will see 15 different events in the 7-day period and among those is the PHP 550k Teams Event.

5 teams to play in this Teams Event have been announced. They are – India, Malaysia, Thailand, Brazil and Norway, with Australia, USA and Philippines expected to announce their teams as well. The Teams Event is going to be the Kickoff event of the series and will set the pace for the rest of the festivities.

Coming to the Indian team, it currently Rishab Jain and Kalyan Chakravarty, while Pulkit Totla will fill the captain’s position in the team. All three have staggering achievements behind them and the country’s poker community will have no complaints about the line-up. The 9-member team will be announced in coming days and will be updated here as soon as we get more details.

Totla is a well-known entity in the industry, not just as a player but a partner with top poker operators of the country. Rishab Jain is also an acclaimed community player who has significant achievements on the felts. Internationally speaking, he has played in 2018 WSOP Main Event and had also reached Day 2. On the home-front, Jain was the winner of a Mercedes and Harley, through promotions on Spartan. He also won the SS PLO HR on Spartan in October last year and earned himself almost INR 9 Lakhs in a night.

Chakravarthy also needs no introduction since he is easily one of the tops when it comes to high-stakes live poker in India. He has so many deep runs and title wins that listing them all in this article would be ridiculous. Among his latest achievements was WPT India HR for INR 37 Lakhs last November. He will obviously prove to be a vital element in the team and including him in the team was a great idea.

The tournament will feature 3 different formats – 6-Max SnG, Double Heads Up and Heads Up. The top 8 teams finishing Day 1 will advance to Day 2 and the top two 2 teams from Day 2 shall compete against each other on the Final Day. The teams will have to play three different kinds of events, and will be ranked by the total points the members earn. For Team India, Chakravarthy and Jain will be taking part in the Heads Up Event.

Keep reading GutshotMagazine.com for more details on the team formation for PPWC as well as general poker news from around the world.