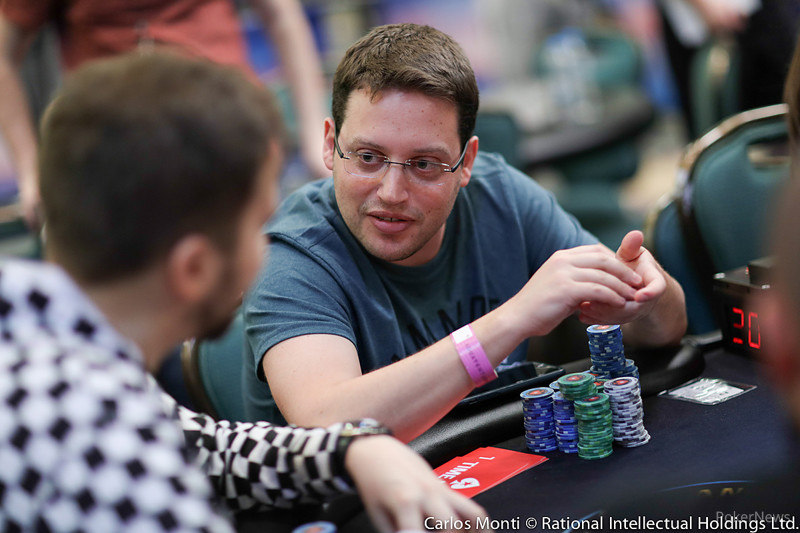 
The PokerStars Caribbean Adventure (PCA) began on 5th January in the picturesque Paradise Island, Bahamas. The first tournament of the series itself, the PokerStars Players Championship (PSPC), is the biggest $25,000 tournament in the history of live poker.

It attracted countless pros from around the world and was hyped up a lot. The 8-player strong Indian contingent also made their presence felt among the crowd, but alas, they all got busted on Day 2, although the experience is what matters, and they’ve been fortunate to get a chance to fly to Bahamas to witness such a staggering event.

After yet another action-packed Day 3 of PSPC Bahamas 2019, American pro Scott Baumstein has emerged as the chip leader with 4,240,000 chips. The second in lead, UK’s Yiannis Liperis is also not far behind Baumstein with just 30,000 chips away at 4,210,000. They are the only two players with more than 4 million chips entering Day 4.

Baumstein told the press on-site, “It feels good, this is definitely a good tournament to run well in.” About the gameplay on Day 3 he added, “I was chipping up pretty much all day. I lost an all-in near the end then made a run at it and won a big flip versus Farid [Jattin]. I was actually surprised he was as strong as he was, but it worked out for me.”

The above flip in question turned out to be the biggest pot of Day 3. It was played at Level 23 (15K/30K/30K) which saw some serious competition between Baumstein and Jattin (Day 2’s chip leader). Baumstein 3-bet in the hand and later raised it to 775,000. Jattin decided to go all-in following Baumstein’s raise. Baumstein, with pocket Queens, won easily against Ace-King, since the board didn’t make any hand for Jattin.

“I was sweating pretty hard. That was a big one. From what I understood, it was the biggest pot of the tournament,” Baumstein said in the aftermath. Baumstein has over $1.9 million in recorded live earnings till date. His best live cash of $220,238 came from finishing 1st at 2018 Lucky Hearts Poker Open in Hollywood.

As for Liperis, he constructed his chip towers after winning two major hands, one against Yan Li and the other against Jonathan West. The latter hand saw Liperis hitting a nut flush. Out of all the players who’ve won a Platinum Pass, only nine will head to Day 4 of PSPC out of the 38 players that will resume today.

Day 3 also saw the bubble burst very early, and already 140+ players have received their pay-outs. Christoph Vogelsang and Ryan Riess were among those who got paid yesterday. Three Canadian brothers, Sam Luc and Max Greenwood also got their checks yesterday.

The 38 players who’ve qualified for Day 4 will gather today at 12 pm local time at the Atlantis Resort and Casino, Bahamas and the play will begin at 25K/50K/50K (BB ante). The plan for today is to play till at least 8 players remain. Keep reading GutshotMagazine.com for timely PSPC and PCA updates as well as for your daily dose of poker news from around the world.