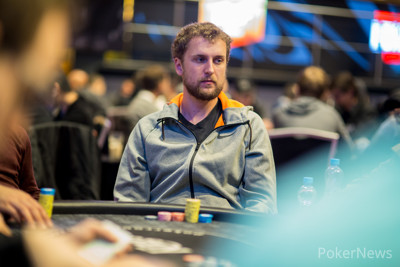 The competition is heating up. It’s getting more and more intense as the field narrows down. 534 entries and we’re down to just the final 50 survivors at the 2018 World Series of Poker Europe (WSOPE) Main Event. Three days of play are done and we’re one step closer to crowning the poker champion of Europe.

The prize money at stake might be less than that usually seen in Las Vegas, but this is still Europe’s largest poker festival and in a couple of days from now, we will have our champion. Currently however, we have the 28-year old Ryan Riess who bagged the largest chip stack on Day 3 to end as the chip leader.

“Today was great. It started really badly; I had 150,000 at 3,000/6,000, and then this guy moved to my right with just a ton of chips, and I got really lucky against him. I doubled through him a lot, and it was just a good day,” said the pro who has nearly $13 million in live poker cashes and who is best known for winning the 2013 WSOP Main Event. Could he do it again?

Well, it may be too early to say, but Riess is definitely in a good position at the moment, with a stack of 4,233,000 chips which is way ahead of everyone else in the competition. We had one Indian player in Shravan Chhabria in the mix yesterday, but he busted before the pay-outs began – the top 81 players take away a minimum of €15,074 each.

The pay-out for 50th place will resume at €18,210 later today but everyone will only have their eyes on the €1,122,239 (~INR 9.39 crore) prize for first place. Three other gold bracelet winners are still in contention, including Norbert Szecsi (who won Event #6 of this series), Niall Farrell and Igor Kurganov.