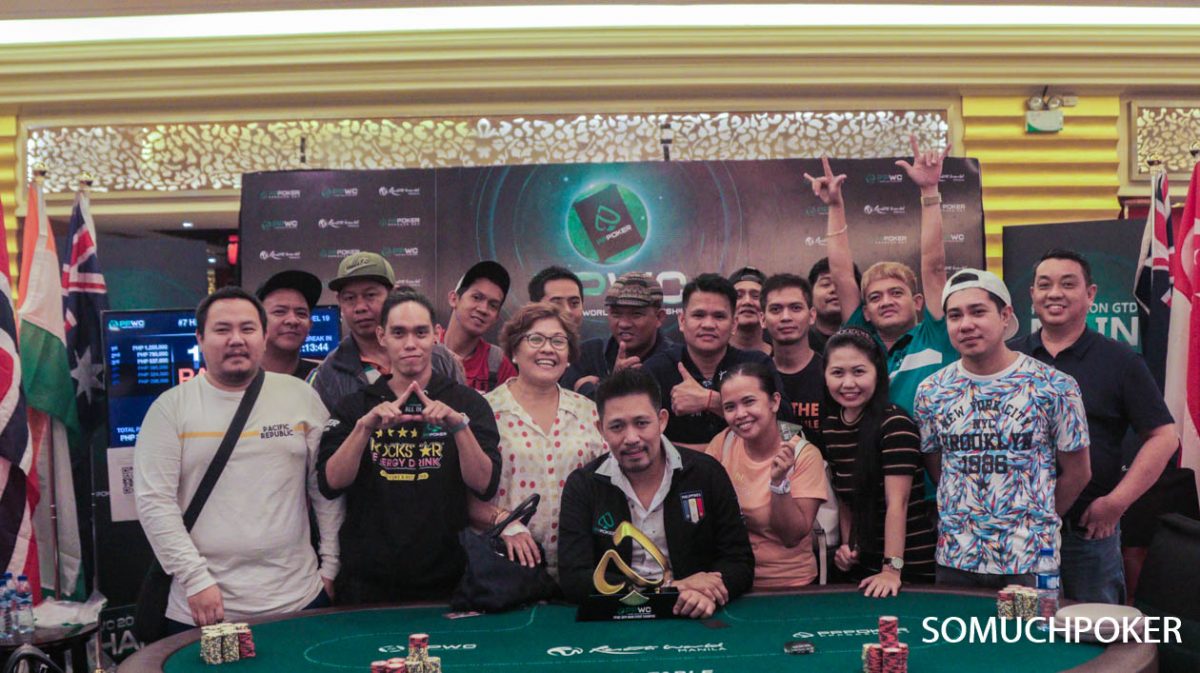 
After a phenomenal start to the PPPoker World Championship (PPWC), the series is now in the books, with the last of the tournaments, PHP 55k Main Event declaring its champion today. The 6-day series began on 15th February at the poker room in Resorts World Manila and the Main Event itself had a huge guarantee of PHP 20 million (~INR 2.65 Crores).

India’s Rajeev Kanjani was the lone wolf among Indians to finish in the money at 8th place yesterday. He gave some tough competition to his opponents, which included the likes of Lester Edoc and Mike Takayama, a WSOP bracelet winner.

The final day of the ME started with final 6 players, and leading the pack was Richard Marquez with 2,795,000 chips. The day began at level 23 with blinds 20k/40k/5k (ante) and Germany’s Hans Homner shoved in first hand itself, but no callers.

Takayama, who ultimately finished 2nd in the tournament, won a huge pot against Dongkyoon Seo. Marquez also later earned a big pot against Mark Gruendemann in the same level. Seo was the first victim in the race and fell at 6th place for php 875k.

Some back and forth happened between Edoc and Marquez, but eventually Edoc was railed at 3rd place by Marquez for PHP 1,649,000. Later, heads-up started at level 26, and the first pot went to Takayama, but later pots went overwhelmingly to Marquez. 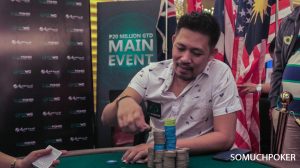 Takayama finally fell at level 27 in the fateful final hand of the series. Marquez raised pre-flop and Takayama called. The flop of 5h 10c 7c saw Marquez shoving with 5d 7d and Takayama called with Eights. The turn and river of 10d and Ah respectively did not matter, and Marquez shipped the tournament with two pairs.

The champion Marquez hails from Philippines itself and had around $180k in live earnings until this win. He has numerous live cashes from tournaments dating as far as 2010. He has mostly played in his home country but has a few cashes from neighbouring regions like Macau and Vietnam as well.

He earned his biggest live cash in 2018 PokerStars Manila Super Series Main Event for $14,146 as runner-up cash prize. This enormous win of PHP 4,850,000 (~INR 66.21 Lakhs) will prove to be a huge bankroll addition for him, which is more than half of his total earnings.