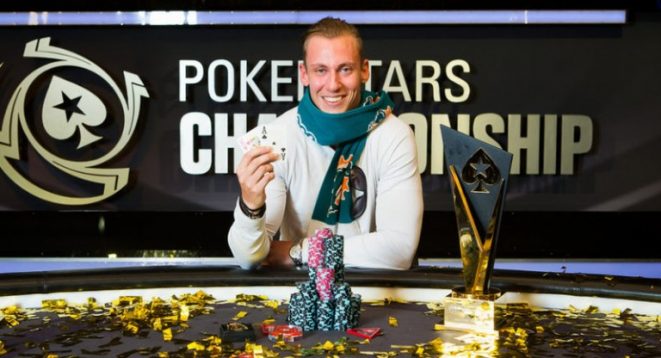 
Sweden’s Sebastian Sorensson is a semi-professional poker player. The 27-year-old warehouse worker participates in low-stakes games online. He won a €215 satellite into the 2017 PokerStars Championship Barcelona €5,300 buy-in, €7 million guaranteed no-limit hold’em main event and took a seat in a field of 1,682 entries.

This was only his second time ever playing in a live poker tournament. Roughly a week after the first cards were dealt Sorensson emerged victorious as the champion of this event, securing the first-ever PSC Barcelona main event title and the top prize of €987,043 ($1,176,901 USD).

“When I arrived here and saw over a thousand people on the first day, I felt so intimidated. Then I reached the second day, the third day, the fourth day and so on and I asked myself: ’What’s going on?’” Sorensson told PokerStars reporters before contemplating whether or not to go pro after this massive score. “Do I continue working in a warehouse? I don’t think so.”

Coming into the final day Raffaele Sorrentino was the chip leader with six players remaining. Sorensson entered the final six with the second shortest chip stack, but was able to build his stack early on in the day.

He and Brazilian poker pro Andre Akkari traded the lead a few times in the action packed final table before Akkari ultimately lost a blind-versus-blind showdown with his pocket fours being counterfeited on a 6Heart Suit6Club Suit5Spade SuitQSpade Suit5Club Suit run out.