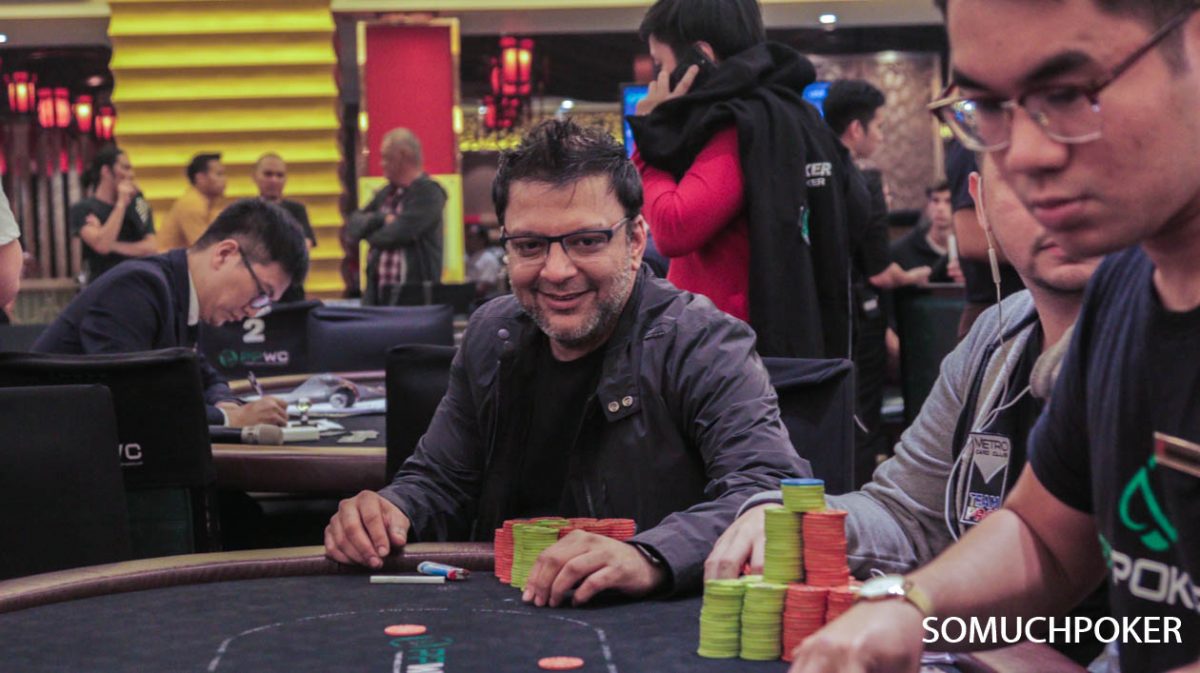 
Resorts World Manila is the place to be at if you are an Asian poker enthusiast, because we currently have the 2019 PPPoker World Championship on in full swing, with the PHP 55,000 Main Event having just wrapped up proceedings on Day 2. Earlier today, 130 players resumed after three starting flights and now, Rajeev Kanjani is the only Indian to make it to Day 3.

There was a flurry of eliminations at the start of the day, followed by another flurry at the end, which leaves us with just 16 survivors at the end of Day 2. To begin today, we had six Indians in play, but Jasven Saigal and Rishab Jain unfortunately busted before the money bubble.

However, the likes of Kalyan Chakravarthy and Abhinav Iyer (pictured below) kept going before they eventually busted as well. Even though they did brilliantly to reach here, both would be disappointed given the fact that they had huge stacks coming into today. Chakravarthy eventually min-cashed in 57th place for PHP 79,500 (~INR 1.08 Lakh), with the top 60 places finishing in the money.

Iyer was the next Indian to hit the rail in 34th place. He was sitting with a monstrous stack, but sadly had a couple of big pots going against him, especially one where he lost AA to AK. Ironically, it was his AK that lost to AA that had him busted from the tournament, taking away a prize of PHP 85,300 (~INR 1.16 Lakh). 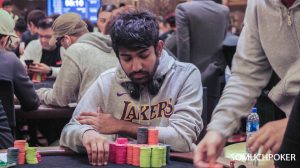 You can always rely on India’s first WSOP bracelet winner to do well at international events and once again, Aditya Sushant (pictured below) was in the mix, maintaining a decent stack through the day. However, he was very unlucky to bust just minutes before the end of today’s quota of play, when his Aces cracked against his opponent’s JQ. He hit the rail in 17th place for a handsome prize of PHP 155,200 (~INR 2.12 Lakh). This comes just weeks after his recent good outing in the Aussie Millions Main Event. 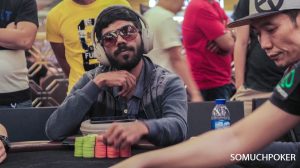 The number of quick eliminations towards the end of the day’s play was huge, but one Indian hung in there and that was none other than Rajeev Kanjani, who is an extremely popular face in the industry. He bagged 516,000 in chips and is set to continue this good run when he returns as the only Indian in the PPWC Main Event tomorrow on Day 3.

Gutshot quickly caught up with Kanjani after Day 2 came to a close in Resorts World Manila. He said, “Yeah, it has been a long grind. I got lucky at the right time and then hung in there to build up a stack. Will hope to do even better by this time tomorrow…” 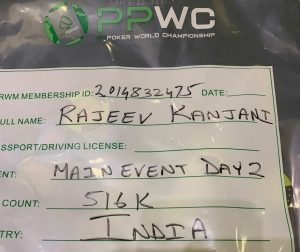 Tomorrow, the next pay jump will be PHP 232,800 but Kanjani will have eyes only for that top prize of PHP 4,850,000 (~INR 66.34 Lakh). However, he will have to go through some big names in Asian poker if he wants to emerge victorious in this major international tournament.

GutshotMagazine.com will be keeping a close eye on proceedings at the PPWC Main Event tomorrow, so you can stay tuned for all major updates on the same.