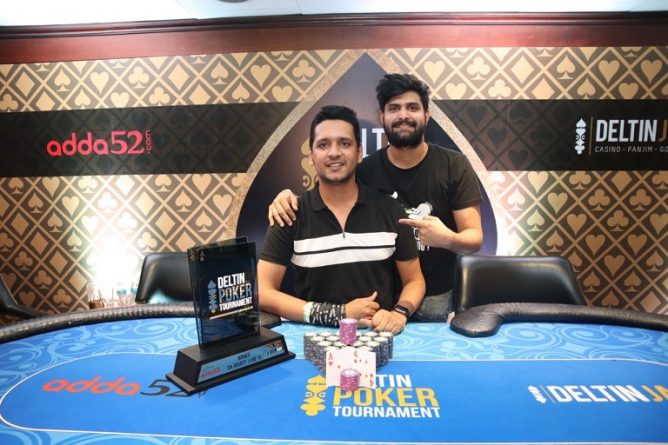 The latest tournament series to conclude in Goa, India was the Deltin Poker Tournament Xpress (DPTX) which made its debut in Goa after two not-so-impressive turnouts in Sikkim. This time however, the same format and same schedule attracted much bigger fields, just because of a more centralized venue.

With a relatively lower buy-in for the entire series, this was a chance for many lesser known players to bag big cash prizes. That’s exactly what has happened in the first couple of days as Aditya Sardana won the Burn N Turn Event and Anant Purohit won the DPTX Main Event.

Yesterday was the final day of the series and a couple of tournaments came to an end, including the DPTX INR 10k Bounty Event. The tournament attracted a total of 173 entries, absolutely crushing the previous DPT Xpress record of 47 entries recorded in Sikkim. From these entries, it was Pawan Jaiswal who emerged as the victor, smashing through the field and pursing INR 2,40,000 for his efforts. He was the third best chip stack entering the Final Table and did well to end victorious, beating Devesh Thapar in heads-up, who collected INR 1,60,000 for finishing second.

17 of the top places were assured pay-outs and the most unfortunate from this field turned out to be Ashit Sharma, becoming the bubble boy and going home empty-handed. Notables to finish in the money included Abhinav Garg (12th), Ritesh Khatwani (13th), Shivam Shukla (16th), and others.

For more updates on the top live and online poker tournaments in India, keep following GutshotMagazine.com.