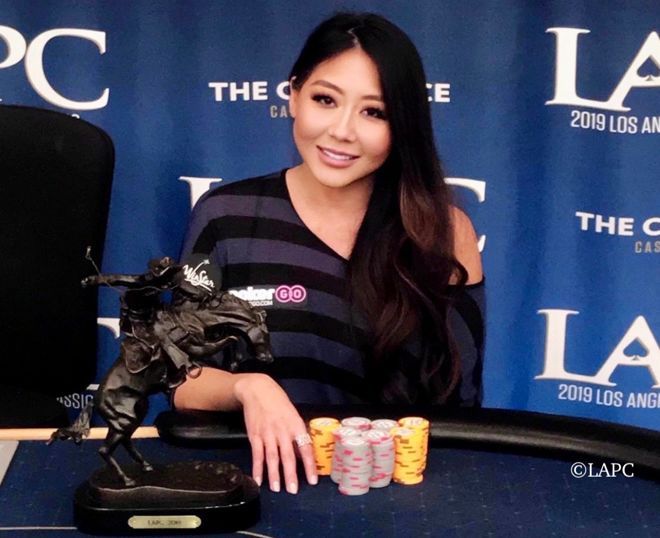 
The US West Coast has recently witnessed a great poker series called the LA Poker Classic (LAPC) which was scheduled between 16th January to 6th March 2019 for the 26th time at the Commerce Casino in LA. The LAPC One Million event was won by Josh Prager last month for $227,775. Rainer Kempe, the German pro, even registered a win in this series in $25k HR.

Now, his girlfriend Maria Ho won another one of LAPC events too. She won another one of the $25.5k HR events and beat 2018 GPI Female Player of the Year Kristen Bicknell in heads-up. Ho earned $276,690 (~INR 1.93 Crores) as the first-place cash prize.

A total of 28 entries were made in the $25.5k High Roller which was the 68th event out of the 69 scheduled events in the festival. Heavyweights like Sean Winter and Manig Loeser featured on the Final Table too.

When the heads-up battle was reached, 2018 GPI POY and Kristen Bicknell’s boyfriend Alex Foxen was standing next to Kempe behind the rail. Matt Savage, the tournament’s director, spoke of the heads-up match as a battle between two of poker’s power couples.

Ho now has over $3 million in live cashes. Her biggest one came in a 2011 WSOP event for finishing 2nd. She had won $540,020 there. She is among the top worldwide female players and has accomplished a lot in her career previously. She was inducted into the Poker Hall of Fame last year too. Today being International Women’s Day , this win where she beat another top female pro in heads-up makes it even more special for her.

The icing on the cake is that Ho won the event on her birthday, 6th March. Many tweets wishing her happy birthday came from respected poker personalities like Hong Kong’s Kitty Kuo, Poker Central, Drew Amato, and others. Here are the tweets: 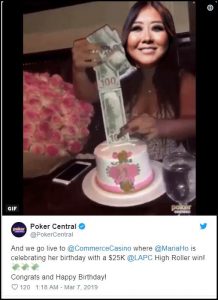 2019 LAPC Main Event has reached the Final Table of 6 on 6th March. The champion will be declared after the FT gameplay scheduled on 11th March in Las Vegas’ HyperX Esports Arena. Stay tuned to GutshotMagazine.com for the final LAPC update as well as other poker news from around the world.