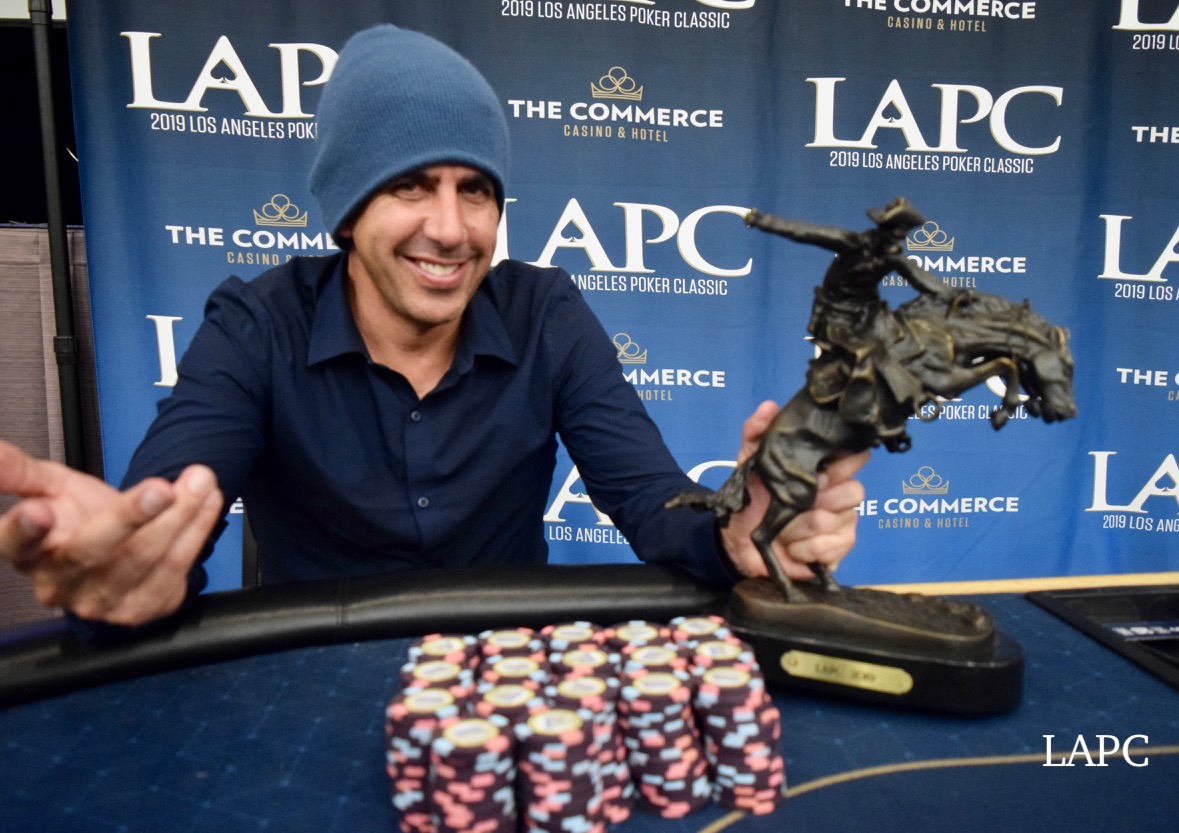 
One of the reputed tournament series currently underway in the West Coast of the USA is undoubtedly the 2019 L.A. Poker Classic at the Commerce Casino, Los Angeles. The series began on 16th January and is currently carrying its 26th edition, packed with some great tournaments in its schedule.

One such event, apart from the Main Event, was the LAPC One Million having an awesome $1 million as guaranteed prize money. For a buy-in of $1,100, the tournament attracted a massive field of 1,770 entries.

The tournament ended early Monday morning and Joshua ‘Josh’ Prager took home the trophy and the cash prize after a 6-way deal. The deal saw Prager with most chips and hence he took the larger amount while $30k was kept aside to play for it and that was bagged by Prager too. His total earnings in the tournament amount to $227,775 (~INR 1.61 Crores).

Prager hails from the US and he earned his second-best live cash in the LAPC, having first won $522,219 way back in 2007 in EPT Grand Final, Monte Carlo for finishing 5th. His recent cash was winning an event in July 2018 Wynn Summer Classic for $59,836. He is a good circuit player, and he’ll be hoping to make the best use of this hard-earned money by buying in to more upcoming events.

The tournament had 4 starting flights and thereby created over a prize pool of over $1.7 million. The top 183 places were paid. Prager played well early on, leading up to the unofficial Final Table. He was the first to bag 6 million chips at 50k/100k/100k (bb ante) in his race to the final 9.

Prager executed multiple eliminations before getting back on top. He first busted USA’s Haik Rostomyan at 8th place with Fours holding up against Ace-ten in a pre-flop all-in situation. He then busted short-stacked Cord Garcia with Eights against King-high. With this, Prager grabbed a third of the chips in play. In the end however, the deal was struck which saw all 6 lock up at least $95k with $60k left on the table, to be distributed as $30k, $20k and $10k prizes. In the end, Prager beat Sean Swingruber in heads-up to secure the trophy as well.

The LAPC series will end on 6th March 2019 and the $10k WPT Championship Main Event is yet to be hosted. Stay tuned to GutshotMagazine.com for upcoming updates from this series as well as others from around the world.