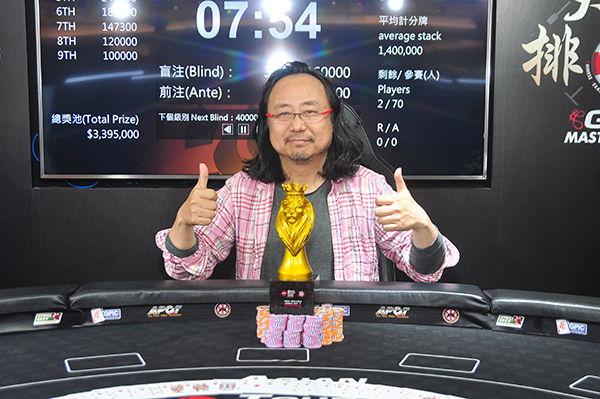 
One of the prestigious poker tours in the Asian region, Asian Poker Tour (APT) started its 3rd stop for 2019 in Taiwan at the CTP Club, Taipei. This is the first time APT has stepped in the country. The series began with a bang on 20th February and 3 side-events already declared its champions, the Dream Maker, Super High Rollers, Kitty Kuo Special Event, etc. Along with these, some more side-events went into the books recently. Here’s a round-up of those.

The second biggest cash prize till now in APT Taiwan was awarded to China’s Guo Dong in the Single-Day High Roller event yesterday. The buy-in for the tournament was TWD 54k and attracted a decent turnout of 70 entries.

The prize pool came to a healthy TWD 3,395,000, out of which Dong earned TWD 699,700 (~INR 16.15 Lakhs) after a heads-up deal with 2nd place finisher Alan King Lun Lau. Even though Dong shipped the title, the latter earned the bigger cash prize of TWD 900k (~INR 20.78 Lakhs). Dong had slightly more chips than Lau at the time of dealing and was therefore awarded the title.

Dong hails from Chinese capital of Beijing and has over $1.2 million in live cashes till now. His best live cash of $230,387 came in one of 2014 WSOP events, where he finished 29th. The player has been playing since 2014 and is on his way to becoming a veteran in the region, having played across the globe and making deep runs. This win will see him add a significant amount to his bankroll.

Among the runners in the event were notables like 2019 APT Vientam SHR winner Alex Lindop, SJ Kim, Sparrow Cheung, Park Cheung and others. However, they all got busted before the money bubble burst at 13th place.

Another event went into the books yesterday, the first PLO event of the series. It had a buy-in of TWD 7.7k and saw 62 players signing up to it. Of the 62, only 11 earned a pay-check and claiming the top spot was China’s Chen Hao for TWD 121,600 (~INR 2.8 Lakhs) as first place cash prize. 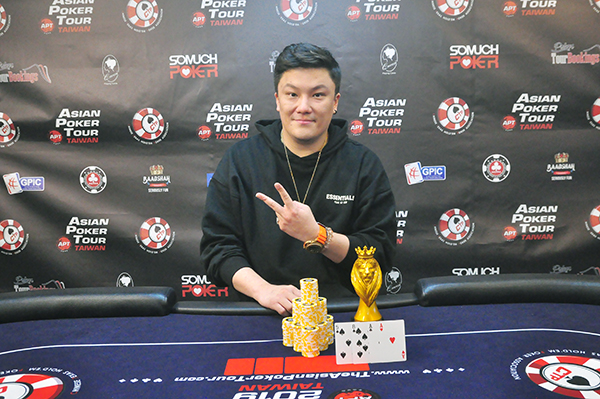 Heads-up saw him pitted against Japan’s ace player and 2018 APT Vietnam ME winner Tetsuya Tsuchikawa, who earned TWD 81k as second place cash prize. In HU, Hao entered with a chip lead and went wire-to-wire to finish the tournament too. Hao is a decent regional player with over $500 in live cashes till now. He made his best live cash back in 2016 for winning WPT National China Main Event.

The tournament began a couple days ago with triple digit entry field of 118. The field whittled down to the Final Table which was played yesterday. The money bubble burst at 21st place and minimum cash of TWD 9k was awarded. 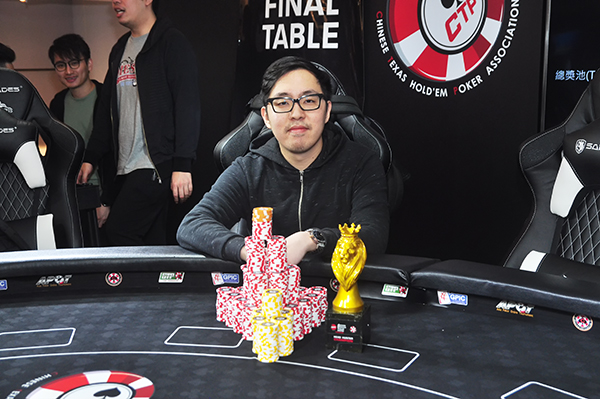 During the 4-way, Yeon was short-stacked but replenished his stack soon after cracking Chun’s aces with King-queen. Yeon steadily rose to face Chun again in heads-up. Chun put up a strong fight in the battle but after evening up, a deal was proposed and they both split the top 2 prizes with around TWD 20k and the trophy left to play for. Both earned good cash prizes for their respective finishes.

The champion Yeon has played across the region like Vietnam, Macau, Manila, etc. He has just started earning cashes last year and is a up and coming regional player. He’ll be looking forward to shipping more such events using the welcome bankroll addition.

Keep reading GutshotMagazine.com for upcoming APT Taiwan tournament updates and other such events from around the world.