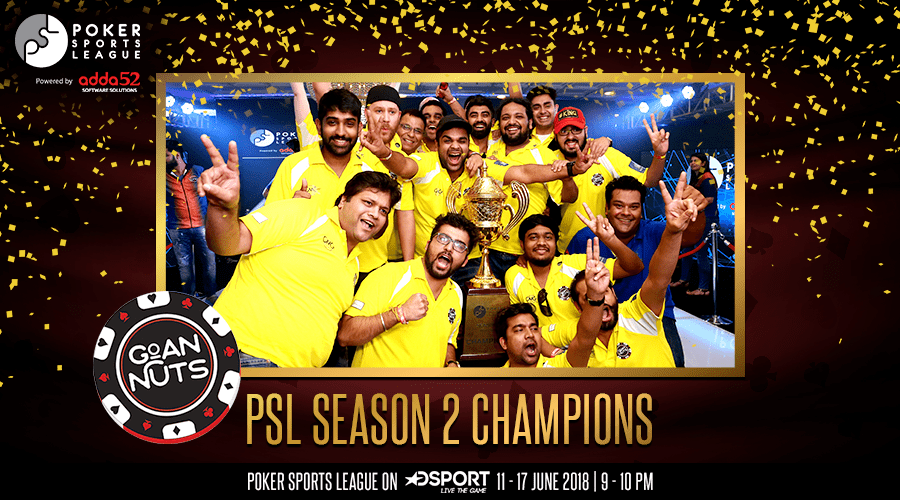 We’ve been following the action at the second season of the Poker Sports League (PSL) and after 4 days of grinding on board the Deltin Royale in Goa, a winner has finally been crowned. Since the league was being played in Goa, it was only fitting that the state’s team was crowned champions of PSL 2. Goan Nuts won the tournament and took home the largest share of the INR 4.5 crore prize pool – INR 2 crore.

Day 4 was a brilliant one for the Chennai Thalaivas who cashed out in 4 of the 5 events that were played, and they catapulted to the top of the points table while Andhra Bullets maintained their second position after cashing out twice. The defending champions Delhi Panthers didn’t taste any success on that day and slipped to third position, but they were still in with a chance of winning if they did well on the final day.

However, the Goan Nuts came in on the final day and scripted a beautiful victory. At the end of Day 4, they were fifth on the points leaderboard, around 70,000 points behind the table toppers, Chennai. Led by seasoned poker pro Dhaval Mudgal, the team’s late charge took them to the top while Gujarat Falcons, who were placed 9th after Day 4, also made a great run on the final day to win the runner’s up trophy and a prize of INR 1.2 crore. Gutshot would like to congratulate the winning teams for their superb performance in PSL 2. 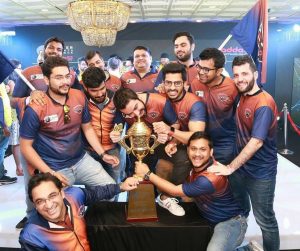 Gutshot caught up with Mudgal, captain of the winning team, and asked him about the experience winning PSL Season 2. He said, “It feels surreal to actually go and win the PSL season 2. We’ve been preparing with the team for a while and like last year, it was one of the most fun experiences of my life.” When asked about the PSL and its future, he replied, “The vibe and camaraderie is fantastic. The future of PSL looks strong as it has the best format with the best players.”

There was a lot of hype building into the second edition of this unique sports league, with several major announcements being made in the weeks and months building up to the action. If they do plan a third season of the PSL, we’re expecting even bigger announcements and prizes, with more players and ambassadors to be signed. If you missed the PSL 2 action in Goa, don’t forget to tune in to DSport, PSL’s broadcast partner, for a complete re-run of the event between 11th and 17th June 2018, daily at 9pm.

Keep reading GutshotMagazine.com for similar poker news and updates from around the world.