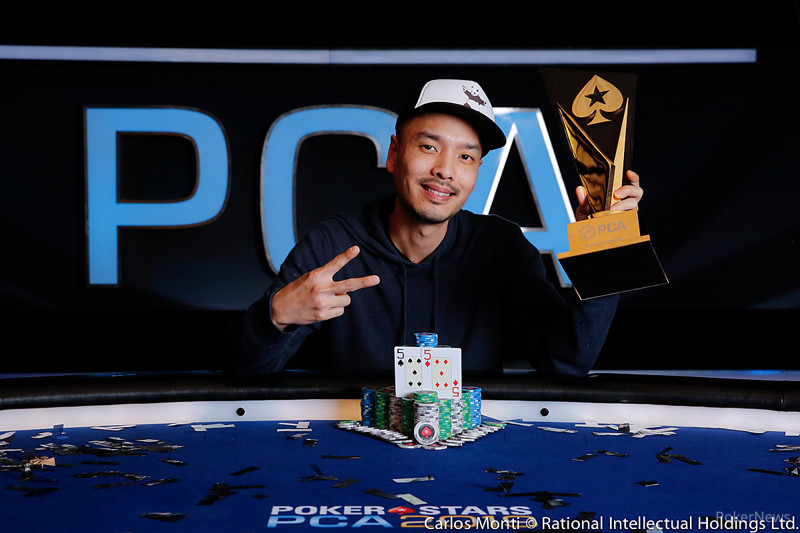 
Yesterday saw an epic day for the ongoing PokerStars Caribbean Adventure (PCA) in Bahamas. The $10,300 Main Event of the series was in the books yesterday after a tough and competitive field battled it out for the 1st place cash prize and the prestigious title that comes along with it.

The chip leader among the six was American pro David ‘Chino’ Rheem. He entered the Final Table yesterday with a comfortable lead, opening his bag of 7,550,000 chips at the start of play. Trailing behind him with a decent margin was online qualifier Scott Wellenbach with 6,015,000 chips. Wellenbach is a 67-year old Buddhist text transcriber hailing from Halifax, Canada, who declared that he will donate all his earnings in this tournament to charity. He came 3rd in the PCA run for $671,240 and earned respect and admiration for his noble cause from the entire audience.

After intense action on the FT yesterday, Rheem finally won the PCA Main Event title and the 1st place cash prize of $1,567,100 (~INR 11.18 Crores) for his spectacular finish. The 38-year old Los Angeles resident scored the second biggest live cash of his career in this event, beating a total of 865 entries in the event.

Rheem has acquired quite a stature in the community over the years. He has live cashes dating back as far as 2004. His biggest live cash came from finishing 7th for $1,772,650 in 2008 WSOP Main Event, a huge win indeed. He bagged another 7-figure amount in the same year by shipping an event in 2009 Doyle Brunson Five Diamond World Poker Classic for $1,548,730. With this PCA win, his earnings crossed the $10 million mark and has leaped a few places in the All Time Money List too.

Runner-up Daniel Strelitz was Rheem’s heads-up opponent. The final hand of the tournament happened after just 7 hands into heads-up. Rheem started off with a 5:1 chip lead. Strelitz shoved his a little over 20 big blinds with As 2s. Rheem made an instant call with pocket Fives. The board ran out a clean and gave Rheem earned his second-best live cash and his 12th title win. Strelitz too bagged a cool $951,480 for his finish. 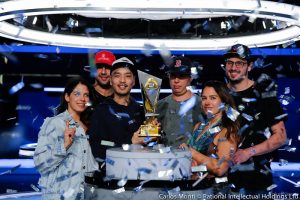 Rheem reacted to the press saying, “It’s an honour. I’m very grateful to even have the opportunity to come here and play, and I’m blessed to be able to win it. Things just went my way. Nature ran its course and obviously, it was fun.”

Keep reading GutshotMagazine.com for future tournament updates and results as well as for your daily dose of poker news from around the world.