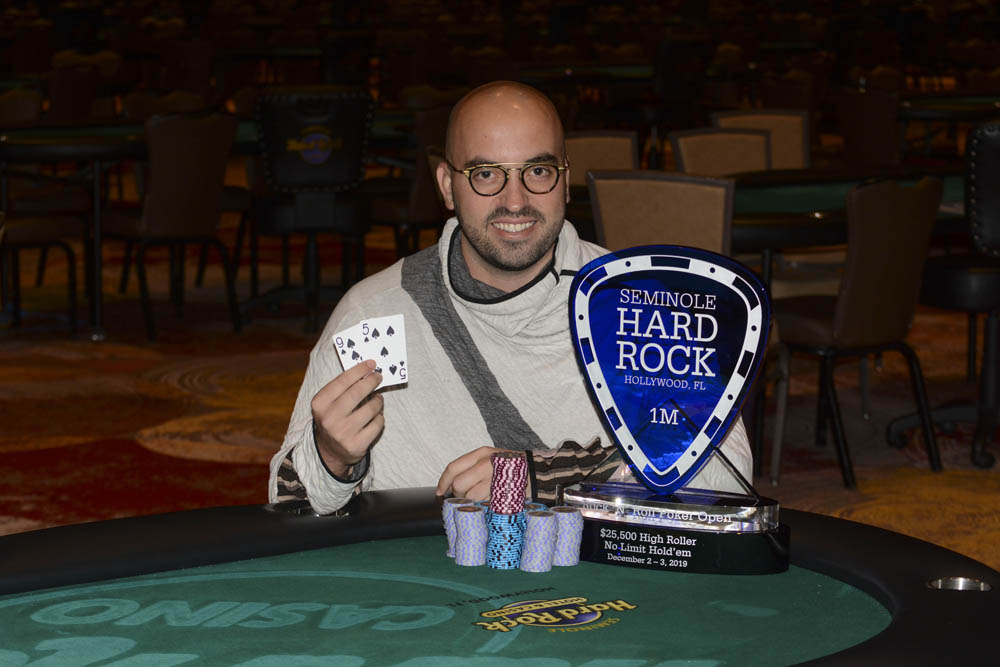 The world number one, Bryn Kenney never misses the headlines and once again, the phenomenal player dominated the very first $25,500 High Roller event in the WPT Seminole Hard Rock’s Rock ‘N Roll Poker Open for $354,565 after agreeing for a heads-up deal with Brock Wilson.

The tournament attracted 45 players observing a prize pool of $1.11 million. This might not be his career-best win, but he has surely boosted his poker bankroll to an incredible $56.1 million. Sitting at the top of the All-Time money list, the champion was last seen in August, earning his career-best live cash of a massive $20 million in the Triton Poker Super High Roller NLH event in London.

The final table was lit with top pros including the 2019 Seminole Hard Rock Paper Open Super High Roller winner Jason Mercier, 3-time WSOP bracelet winner Anthony Zinno, and others. After the elimination of Lazaro Hernandez in 7th place on Day 1, Wilson took the chip lead into the final table.

As the players resumed Day 2, the first to hit the rail was Andjelko Andrejevic in 6th place. Joining the race was Zinno with Qs Js and Wilson with As 10s, both players flopping a flush but latter’s nuts flush ultimately sending his opponent out at 5th place. Next to go was Mercier who went all-in for his AQ, but Kenney dominated the hand with his pocket Kings.

The tournament knocked out a couple more players and heads-up got underway. In the final hand, Kenney holding Kh 8c began with 3.34 million chips was up against Wilson’s Ah 3d with 1.16 million chips. The latter made an impressive straight on a board of Jc 5s 5d 2h 4h. Wilson was still short-stacked after the hand and that’s when both players cut a deal, with Kenney securing the first place and Wilson earning $301,215 for finishing second.

After the tournament, the all-time champion adds, “It was a fun time. I was in New York for Thanksgiving and flew in the morning of the High Roller and played. Two days, 45 players, in a nice city. Great weather and I’m going to the beach now. It’s perfect.”