PLO-5 Cash Games and N-Stack Tournaments on Natural8? Two new game modes will be deployed on 2 April during regular monthly maintenance on Natural8. Both Five Card Pot-Limit Omaha (PLO-5) and N-Stack tournaments will be launched, to bolster an already solid line-up and to make players’ online poker experience even more exciting.

Commonly known as Five Card Pot Limit Omaha or Five Card PLO, this special form of Omaha is very similar to regular PLO. There is just one major difference – players actually get dealt five cards instead of four. Now players will have to consider even more possible winning combinations and draws.

All other rules are the same, which means that players will still use exactly two out of their five cards to make the best hand. Once the game type goes live, it will be available as a regular cash game and receive its own filter in the game lobby. As part of the regular cash game pool, PLO-5 also qualifies for the Big Hand Jackpot. So far, the winning hands for an extra payday are as follows:

Get Ready for N-Stack Tournaments

N-Stack Tournaments play out very much like regular MTTs, but with participants having the opportunity to purchase multiple stacks. How many of these N-Stacks are available will depend on each specific tournament.

Players have the option to start the event with a designated number of N-Stacks or keep them in reserve for a later stage. This feature on Natural8 has become very popular in the Triton High Roller Series, which was applied in their Short Deck tournaments.

Each stack is essentially considered a bullet/entry. At least one stack has to be used at the start of the tournament and players can redeem their reserved stacks at any time during the registration period. The remaining stacks of all players at the table will be highlighted for strategies to be adapted accordingly.

All unredeemed stacks will be automatically added to players’ stacks once the time comes. This may for example be when late registration closes or once a specific duration has been reached. The relevant information for this time window will be shown in the tournament lobby.

Purchased entries will go straight into the prize pool and the tournament will play down to a winner as usual. There will certainly be different approaches on how many bullets are used during the early stages, so players should make their choices wisely.

PLO-5 cash games and N-Stack Tournaments will become available after server maintenance is completed on 2 April. 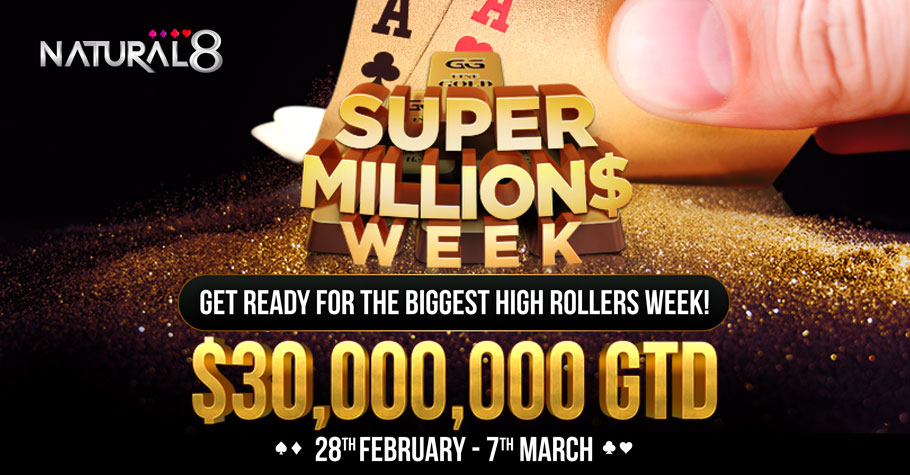 $30 Million In Guarantees During Super MILLION$...