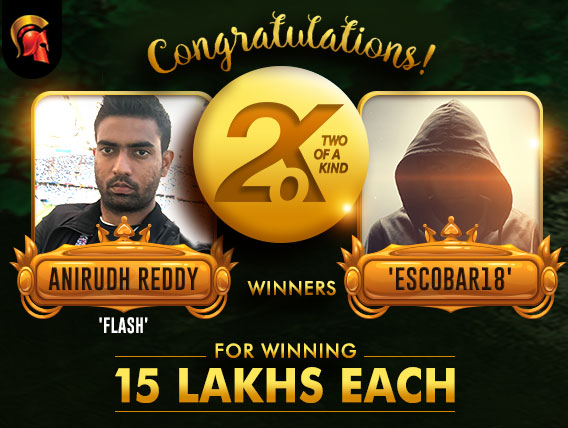 
Played once a month, Two of a Kind (2.o.K) is one of the biggest tournaments hosted on Spartan Poker and it has a concept unlike none other. While every other tournament gives all the glory and fame to the winner, 2oK gives the same to the winners. Not one, but two. No differentiation at all.

This signature tournament has a buy-in of INR 5,500 and is played once a month, usually the second Sunday of the month. Yesterday was another edition of the tournament and what began at 6pm ended up wrapping up at 3:11am this morning, after a grind of 9+ hours!

It takes a lot of effort and concentration to pull off a win after playing so many hours and yesterday, it was Anirudh Reddy aka ‘flash’ and ‘Escobar18’ who managed to end victorious, being rewarded equally with the top prizes of INR 15 Lakh each. Reddy has won in the past on Spartan Poker while Escobar18 preferred to stay anonymous here.

Many known players were in the field and eventually, the top 70 players shared the prize pool of INR 47.95 Lakh, each receiving a min-cash of INR 8,631. One of the most popular players towards the end was Deepak Bothra aka ‘chimpoo’ who eventually busted in 6th place and received the first 6-figure pay-out of the tournament.

3-way play went on between Reddy, Escobar18 and ‘Shakerchi’ and came to an end after an exciting hand. Shakerchi had Q7 and hit two pairs on the 7d Qs 2c flop, while Escobar had pocket Twos and completed a set on the flop. 8c 3h opened on the fourth and fifth streets and Shakerchi shoved all-in to get a call and realize he was knocked out of the tournament in third place, bagging INR 4.79 Lakh for his run.

As for the winners, they took away INR 15,00,000 each and will now have more confidence to play in upcoming tournaments as well. For an update on all of those tournaments, stay tuned to GutshotMagazine.com. 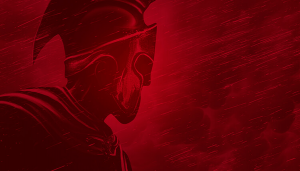