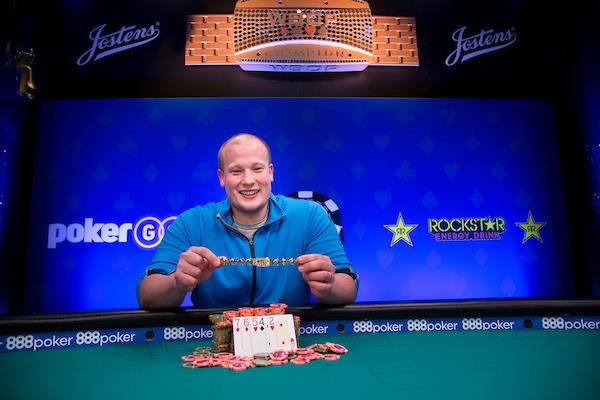 
The 2018 World Series of Poker is more than halfway through and new winners are being crowned every day at the Rio All Suite Hotel and Casino in Las Vegas. We reported news of Israel’s Timur Margolin winning his first WSOP gold bracelet yesterday. In another event, USA’s Nicholas Seiken also won his maiden gold bracelet.

Seiken entered into Event #44: $10,000 2-7 Lowball Triple Draw Championship and four days later, he walked away with $287,987 for shipping the tournament. He beat 109 entries to win the tournament, registering his maiden WSOP bracelet, his first live poker title and his biggest live poker win as well.

“This is my first stand-alone triple draw tournament. I played the 8-Game four or five times, but I haven’t even played the $1,500 Triple Draw,” said Seiken after the win, while also mentioning that he’s going to play a lot of this mixed game format of poker in the future.

He beat Randy Ohel in heads up, a mixed games pro who has five cashes in this year’s WSOP and has career live poker earnings of nearly $2 million. Also present on the final table was 3-time bracelet winner Farzad Bonyadi, whose mother Farhintaj recently became the first female winner of WSOP 2018.

“The only thing that gave me a shot was having so many chips because I was playing against such good players. I had a big stack and I wanted to sit on it for a while. I didn’t want to take marginal spots. I folded hands that I should be playing because I didn’t want to get out of line, getting in massive pots with guys like Randy,” said Seiken about the competition he faced on the FT.

Keep reading GutshotMagazine.com for similar tournament results from the 2018 World Series of Poker.