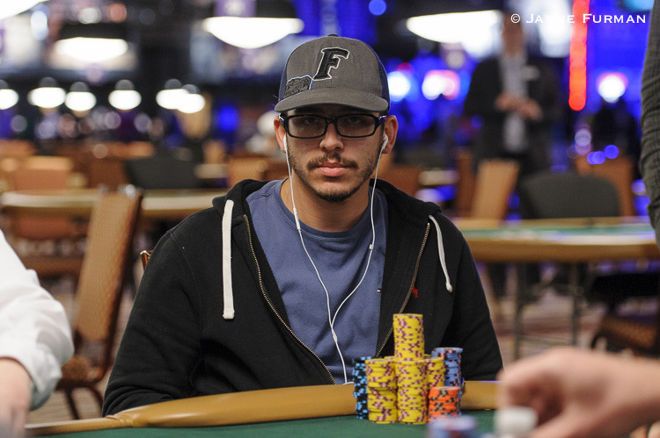 
This was the first time ever a WSOP bracelet was being given out for an online Omaha tournament. Event #47: $565 WSOP.com ONLINE Pot-Limit Omaha 6-Handed was played on the virtual felts of the WSOP website and the tournament was shipped by USA’s Matthew ‘mendey’ Mendez.

The entire tournament was concluded in less than a day, with around 15 hours of action taking place. Mendez was not among the chip leaders and was not noticed much until he reached the final table. He beat a total of 1,223 entries (657 unique and 566 re-entries) and was awarded $135,078 for first place.

The event was the first of its kind and had a small buy-in, with a relatively smaller prize pool as well – $635,960. However, the 6-figure score will boost the poker player’s bankroll and we may see him fly down to play live at the 2018 World Series of Poker as well.

The top 99 players were paid out in this event, with a minimum cash prize of $1,590 and up to 7 previous bracelet winners finishing in the money. Known poker pros like Anthony Zinno and Ankush Mandavia were also a part of the final table, but Mendez proved to be better than them all, becoming the first person playing from New Jersey to win a bracelet.

Marton Czuczor began heads-up against Mendez with a big chip lead of around 3.5:1, but he gave it away slowly. Mendez won back-to-back pots with flushes, which helped him recover and even take the lead, giving him the title and a big cash prize too.

Keep reading GutshotMagazine.com for similar reports on tournaments from the 2018 World Series in Las Vegas.