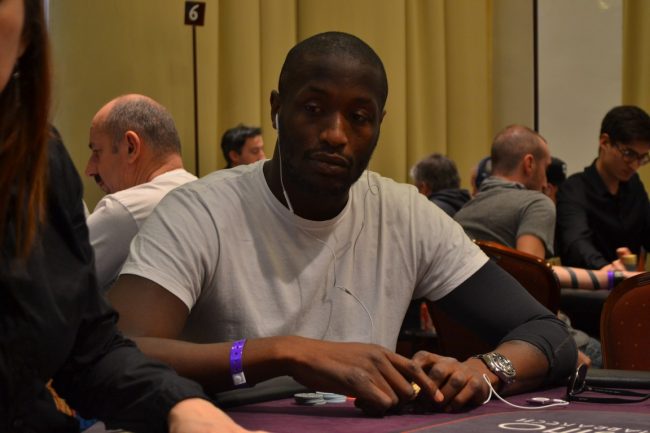 
Frenchman Kalidou Sow nearly tripled his career live tourney winnings on Monday night when he walked away with the PokerStars Championship (PSC) Prague Main Event title and a whopping payday of €675,000 (~INR 5.1 crore). The event had a €5,300 buy-in and took place at the Casino Atrium Prague, where Sow beat a total field of 855 participants to claim the title.

There were 6 players left as we moved into the final day, and it was Sow and USA online poker pro Jason Wheeler who were virtually equal on chip count. They kept exchanging the lead throughout the day, and even though Wheeler was a favourite to win, it was the underdog Sow who ended up victorious. Going into heads up, Wheeler was well out-chipped by his opponent; 14.1 million to 11.6 million chips, so he decided to cut a deal before heads up. He wanted an equal share of the prize money (plus €105,000 to the winner) and since Sow is much less experienced, he accepted it, having consulted his friends on the rail.

The winner was finally decided on the 109th hand of the table. Wheeler went all-in with the remaining of his 6 million chips and after a bit of hesitation, Sow called. Wheeler’s A-9 wasn’t assisted by the table, and Sow’s pocket Tens turned out to be the winning hand, guaranteeing him a payout of €675,000. Wheeler tried a little bit of trash talk during heads up but Sow was undeterred, and he would’ve been extremely happy with this win – his biggest live winnings by a long, long way.

Keep an eye on GutshotMagazine.com for similar poker news and tournament results from around the globe.